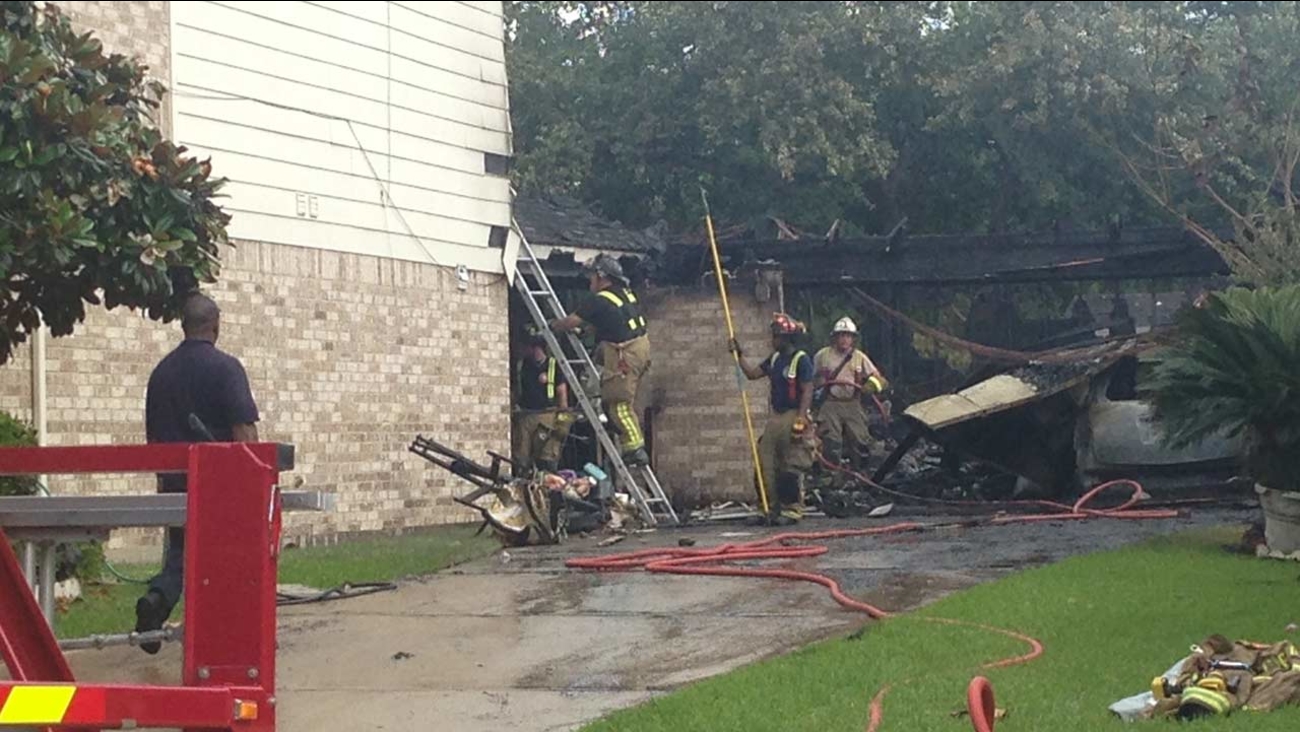 HOUSTON (KTRK) -- One Cy-Fair volunteer firefighter is recovering in the hospital after battling a fire that burned down the garage and back portion of the house in northwest Harris County.

Firefighters on scene said this all stemmed from an unattended cooking fire around 3:30 pm.

The firefighter who was injured had chest pains. Fire officials say he was young and likely suffered from heat exhaustion. That injured firefighter is now in stable condition at Cy-Fair Hospital.

The three people who were inside the house when the fire broke out managed to get outside to safety. Fire officials say the garage is a total loss as is the breezeway and the back portion of the house. The family's car was so badly damaged. There was one member of the public who tried to help and suffered a minor injury as a result.

"They found a detached garage with heavy fire and smoke coming out of it. We made an initial attack from the outside of the fire. Within probably 30 to 40 minutes we had the fire contained," said Cy-Fair Volunteer Fire Department PIO Brian Shirley.

Firefighters say the homeowners did have a Koi pond in the back and that they were able to rescue the fish.