How to recover your stolen property 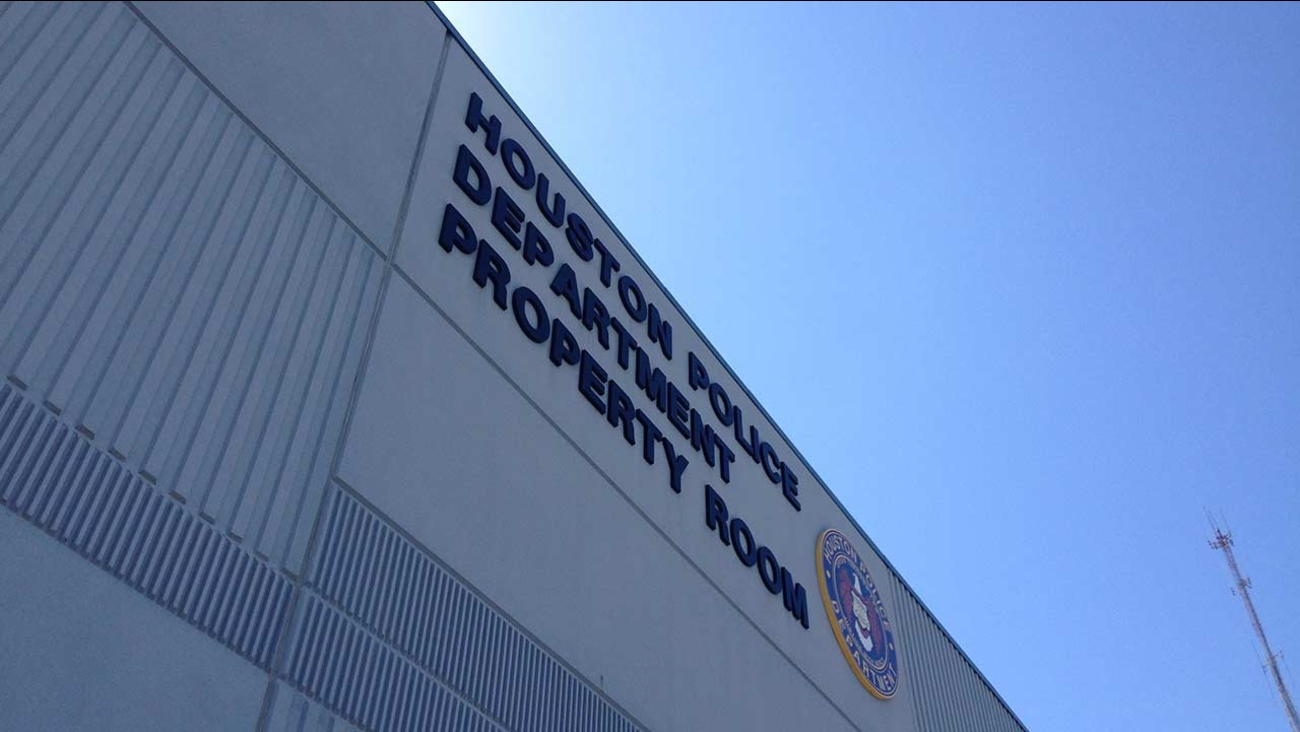 HOUSTON (KTRK) -- On the streets of downtown Houston it's not hard to find someone who has been the target of thieves.

Their car, their home, Celisa Borom says, "They took my tv, dvd player, this was ten years ago so you know how important those were."

Don Wilson says his Heights home was broken into adding, "Just came home and it was all gone. Litter everywhere. Went through all the drawers."

He says his belongings were gone. "Diamond rings, jewelry, never found it. Somebody is wearing them and I hope enjoying them," says Wilson.

If police recovered them, could you identify what you owned? Celisa Borom says of her purse, "The only thing I could remember is what kind of damages on the purse, I could identify that." From electronics to power tools, lawnmowers and bicycles a half a million items are stored here at the HPD property room.

Captain Gerstner with HPD says, "All the way through the alphabet what we get in here."

Houston Police want to remind everyone how to retrieve unclaimed property from the HPD Property Room. Investigators will call you if you filed a report and can determine if property can be released once a case is closed. You'll need identification and a form.

Captain Gerstner says, "If it's abandoned or unclaimed we hold on to the item for at least 30 days."

Doug Dunbar says, "We videotaped it all once but haven't gone to the extent of trying to document everything."

Catching thieves is a success for police but returning property is the final stamp on a case closed.

Captain Gerstner says, "We run out of room and the more property we can get rid of or give back it's better for us."

The Property Division can only release items when a property release form is authorized by a police officer from the division investigating your case.

The following steps are required for the retrieval process:

1. You must first make contact with an investigator from the concerned division to determine whether the property is authorized for release. (Generally, authorization comes from a court or the investigator when the property is no longer necessary for law enforcement purposes).
2. The Property Release Form MUST BE COMPLETED and SIGNED by the investigator from the concerned division prior to picking up property. Once the form is completed and signed, it is given to the citizen or faxed to Property Division.

3. Property Division personnel do not have the authority to release any property unless steps 1 and 2 are completed.
You MUST have current identification such as:

HPD Property Division Lieutenant O. Orekoya discusses how to Help Us, Help You simplify the property retrieval process and how to best mark your property on the HPD YouTube channel at http://youtu.be/jJp1OCdLUxs
If you do not have an ID, we will accept the Property Release Record with authorization from the investigating division stating they have verified your identity. The statement "no identification" must be written on the release form by the authorizing division.

For more information, visit http://www.houstontx.gov/police/divisions/property_division/ or call the HPD Property Division at 832-394-4000.