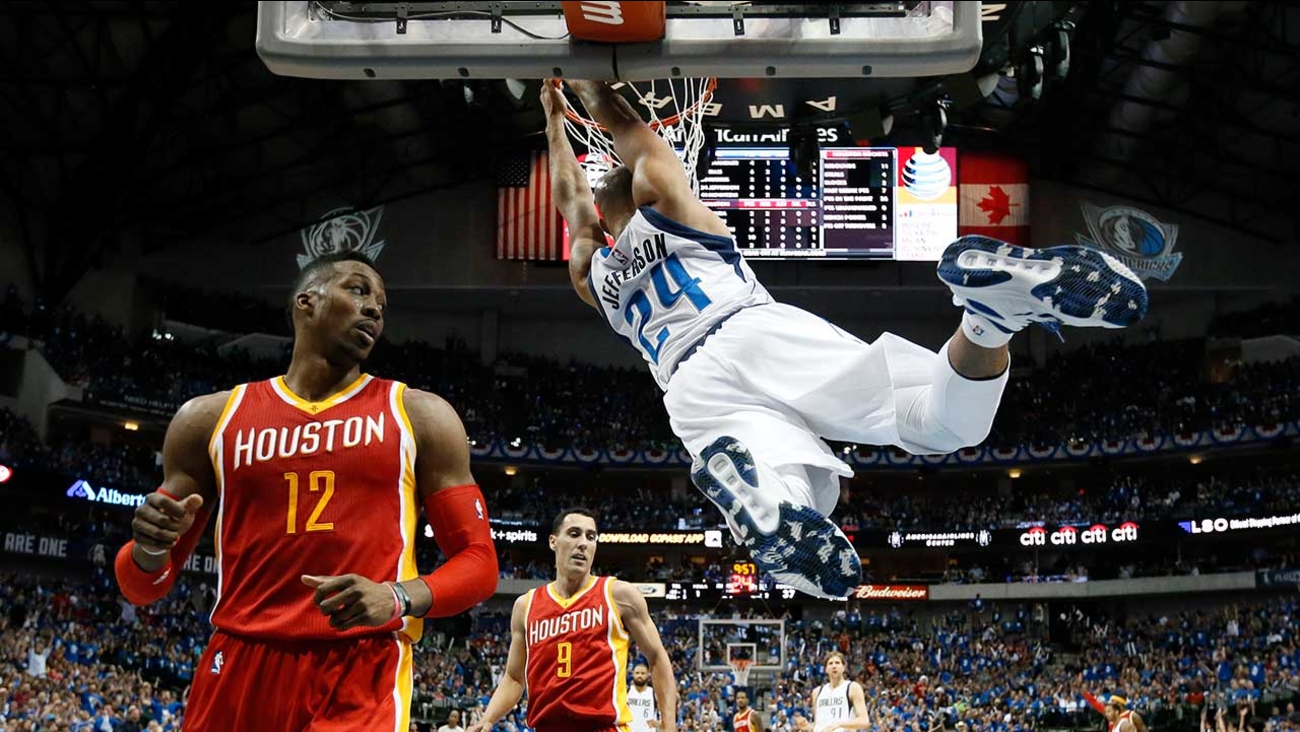 DALLAS, TX -- Monta Ellis scored 31 points, J.J. Barea had 17 points and 13 assists in his first playoff start since boosting Dallas' run to the 2011 championship and the Mavericks avoided elimination with a 121-109 victory over the Houston Rockets on Sunday night.

Dallas cut Houston's lead to 3-1 in the first-round series. Game 5 is Tuesday night in Houston.

The Rockets, trying to wrap up their first postseason series victory since 2009, missed 17 consecutive shots covering the second and third quarters. The most-prolific 3-point shooting team in NBA history in the regular season was 7 of 31 from long range.

James Harden scored 24 points, and Dwight Howard had 13. But the big man was kept under control after scoring 10 points with two more alley-oop dunks in the first quarter.