Ringling Bros. agrees to increase safety for all aerial acts after settlement

By The Examiner, Houston Community Newspapers 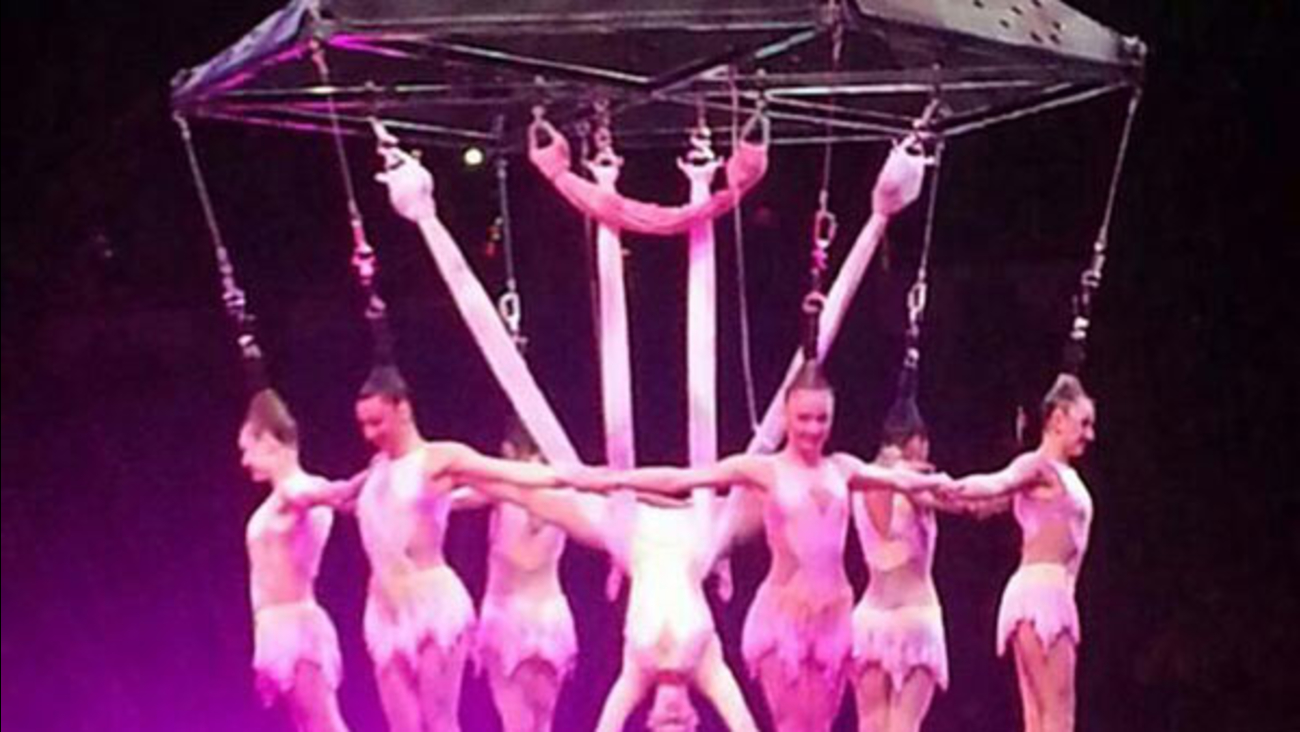 In this photo provided by Frank Caprio, performers hang during an aerial hair-hanging stunt at the Ringling Brothers and Barnum and Bailey Circus in Providence, R.I. (AP Photo/Frank Caprio)

Ringling Bros. and Barnum & Bailey Circus, will implement ongoing safety enhancements in aerial acts to protect employees against injuries like those sustained by its aerialists during a May 4, 2014 performance in Providence, Rhode Island. Feld Entertainment Inc., headquartered in Palmetto, Florida, owns the circus.

The proactive measures are part of a settlement agreement with the U.S. Department of Labor concerning a citation issued to the circus by the department's Occupational Safety and Health Administration in connection with a 2014 incident in which eight employees were badly hurt.

Aerialists were performing an act called a "Hair Hang" when the carabiner used to support them failed and they fell more than 15 feet to the ground. The aerialists, along with a ninth employee who was struck by the falling workers, sustained serious injuries.

OSHA's inspection determined that the carabiner used to lift performers was not loaded according to manufacturer's instructions.

The agency cited the circus for one serious violation of occupational safety standards and proposed the maximum fine of $7,000.

The circus initially contested its citation and penalties to the independent Occupational Safety and Health Review Commission.