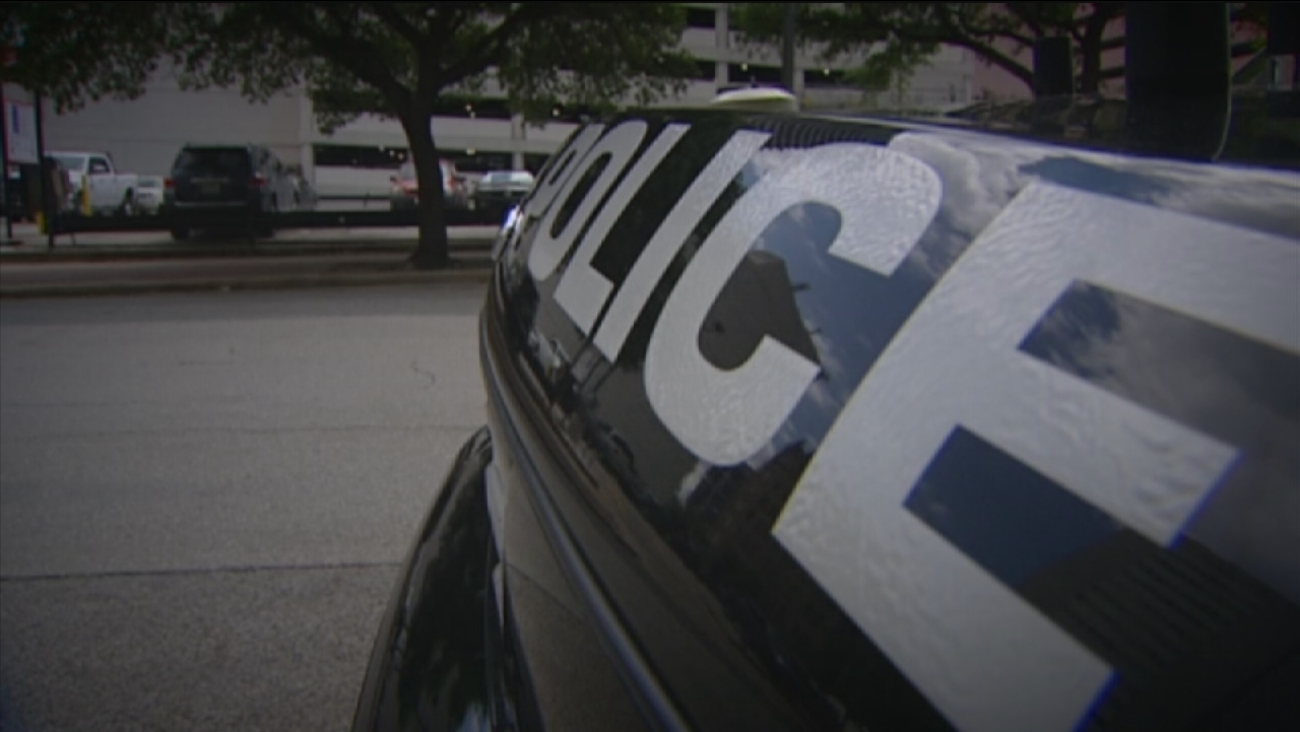 The word "police" is written on the back of a police cruiser. (KTRK/File Photo)

HOUSTON (KTRK) -- A Houston Police Department officer has resigned from his job following an internal affairs investigation into possible pornography charges. Eyewitness News is not identifying the officer because no criminal charges have been filed.

A search warrant obtained by Eyewitness News shows that in January of this year, the officer, who's just 22 years old with less than a year on the force, was found at a Clear Lake-area home with his 17-year-old girlfriend. The warrant shows he was given a ticket for a curfew violation. That initiated an investigation that lasted until this month.

The warrant shows the Houston Police Department was trying to determine whether a crime had occurred. In Texas, the age of consent is 17, but our legal analyst Joel Androphy says the relationship was still dicey.

"It was inappropriate, but she was the age to consent," said Androphy.

The search warrant shows the officer's phone was seized. Investigators found multiple images and videos of the young officer and his teenage girlfriend in multiple sex acts. The young woman told investigators she was the one who initiated the videos. The couple also communicated via Facebook. Under Texas Law, even though the age of consent is 17, any images of people under 18 could be considered child pornography.

HPD says the officer was relieved of duty on February 3. Then on April 3, he resigned from his job. The Houston Police Department says it doesn't believe any child pornography charges will be filed. Androphy says this is one incident where the officer is held to a higher standard.

"Because he's a cop, he's under a microscope, and he's expect to obey all laws, no matter how isolated and how unusual," he said.
Related topics:
houstonhouston police departmentchild pornography
Copyright © 2021 KTRK-TV. All Rights Reserved.
TOP STORIES
Hospitals are filling up in Galveston Co. amid COVID surge
Parents, teachers say they've been stripped of weapons against COVID
Zydeco musician shot while performing at Louisiana concert
Bond set for man accused of killing wife, shooting 2 kids
Less rain this weekend, more storms to come next week
Man escapes North Freeway car fire thanks to good Samaritan
FDA says it's working as fast as possible to fully approve vaccines
Show More
Federal eviction ban expires after Biden, Congress fail to extend it
Simone Biles withdraws from vault, uneven bars
How sailors can board Galveston's 'Official Tall Ship of Texas'
Road closures you should avoid this weekend
A recap of the news for Saturday, July 31
More TOP STORIES News