TxDOT reopens I-10 at Kirkwood after clearing lost load 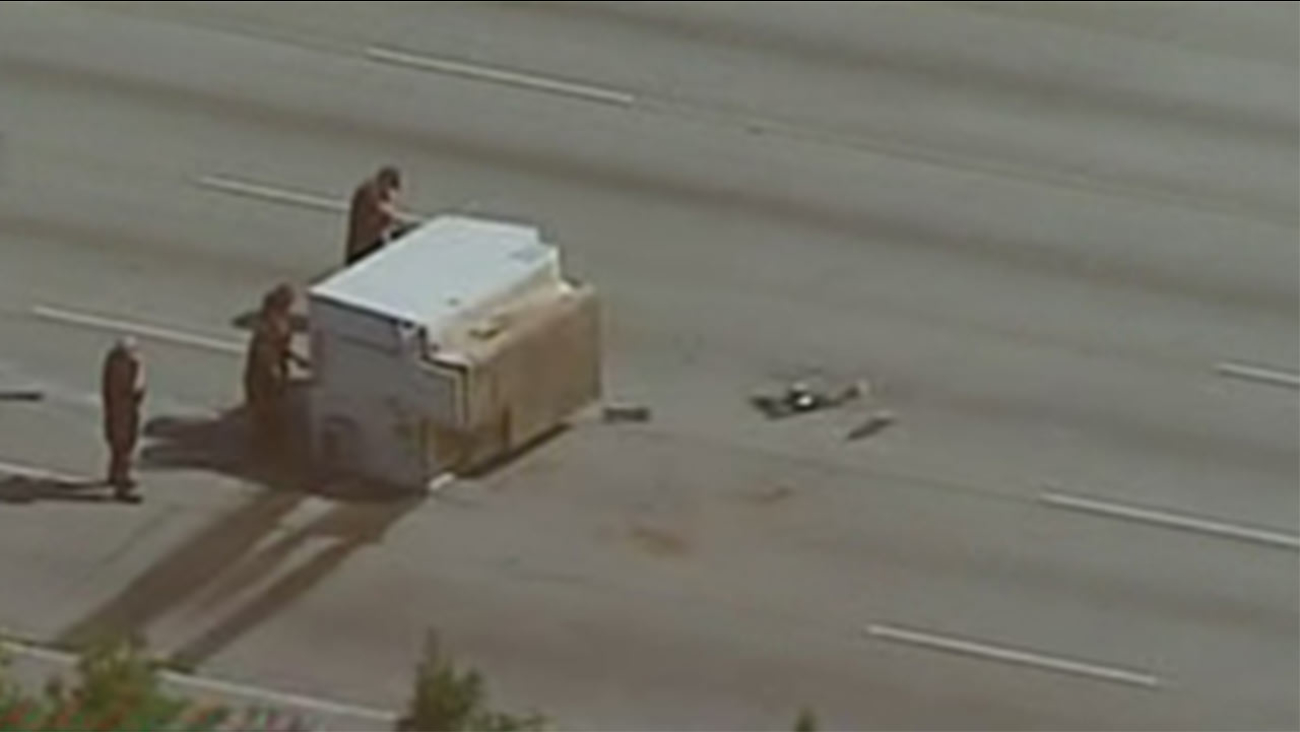 All westbound lanes of the Katy Freeway at Kirkwood are shut down due to an accident that sent an x-ray machine onto to the roadway.

HOUSTON -- A lost load on the westbound lanes of I-10 at Kirkwood forced officials to shutdown all main lanes of the highway during the start of rush hour traffic.

According to the Texas Department of Transportation, a box containing an X-ray device fell on the highway around 3:10pm, and crews decided to treat it as a hazardous material scene. Crews shut down the entire highway until about 4:40pm, when they were able to move the machinery onto a heavy duty rig and haul it away.

It appears the the X-ray device is one typically used in the oil field service, not medical, industry.

Traffic may still be congested - cars were backed up to almost the 610 Loop during the closure. Alternate routes, such as Westpark Tollway, Clay Road or Highway 290, could be useful to take today.

METRO says the accident also affects four of its bus routes, including two routes that service Park and Ride, so there may be delays.