KGO
By by Janet O 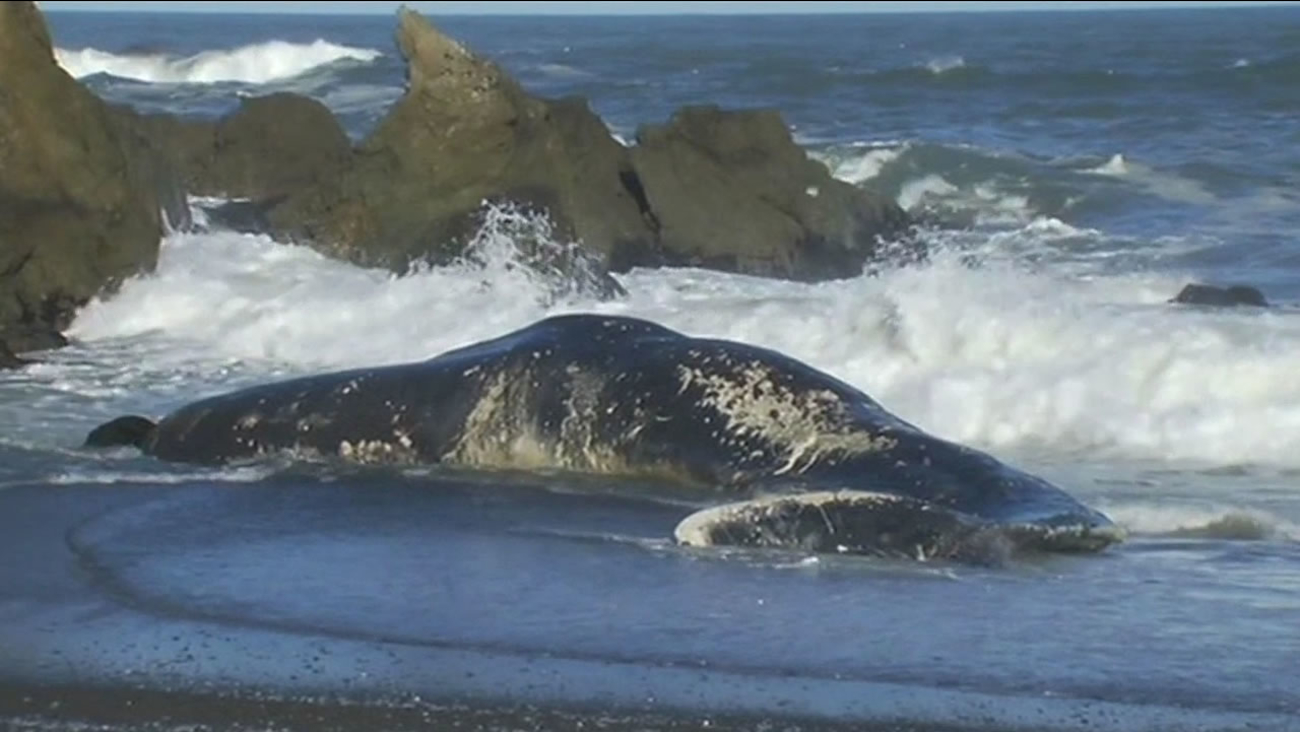 PACIFICA, CA -- Marine biologists are performing a necropsy on a sperm whale found washed up on a Pacifica beach Tuesday. The endangered species was discovered at Mori Point on the Pacifica coast. According to Marine Mammal Center spokesperson Laura Sherr, it was already dead by the time biologists from the center and the California Academy of Sciences arrived.

"I saw on the news that the whale was down here at our local beach and I said that this is a once in a lifetime opportunity for the boys to come see something so beautiful and majestic," said Pacifica resident Alanna Niamauvigal.

"Up close it's got some damage," said Pacifica resident Leo Leon. "It looks like it was bumped against the rocks or something. I was looking for large wounds or anything like that. I couldn't see anything."

A necropsy will determine how the whale died, but it can take up to six weeks if there is no immediate sign of trauma. Quite the opposite case in 2008 when researchers said a sperm whale died from ingesting 450 pounds of trash.

As far as how the carcass will be removed? Scientists have yet to figure that out. Burying it may be one option, or letting Mother Nature take its natural course.

"I grew up in Pacifica there's been a few over the years," said Pacifica resident Peter O'Shea. "I think sometimes they leave them, I think then the ocean just takes them back out with high tides."

Scientists say they will be there all afternoon working around the tide to finish their work.