V. Stiviano ordered to pay back the millions she got from Donald Sterling 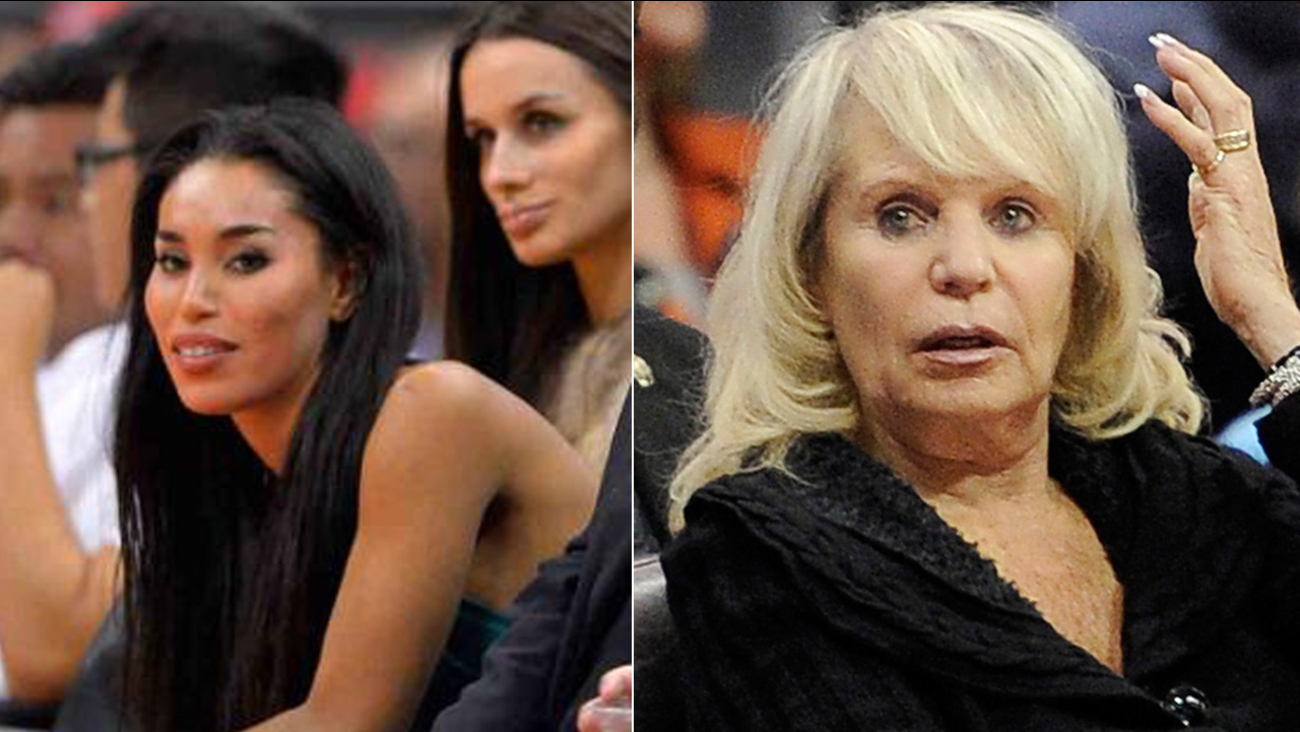 LOS ANGELES, CA -- The wife of former Clippers owner Donald Sterling is owed $2.6 million by a woman her husband showered with gifts, a judge ruled Tuesday.

Judge Richard Fruin Jr. awarded Shelly Sterling money that was community property from six decades of marriage that was secretly spent buying V. Stiviano a house, a Ferrari and other luxury gifts.

"Shelly is thrilled with the decision," attorney Pierce O'Donnell said. "This is a victory for the Sterling family in recovering the $2,630,000 that Donald lavished on a conniving mistress. It also sets a precedent that the injured spouse can recover damages from the recipient of these ill-begotten gifts."

Stiviano's lawyer had argued the gifts were made when Donald and Shelly Sterling were separated and that Shelly Sterling couldn't seek them from a third party. The judge rejected those arguments.

Attorney Mac Nehoray said he and his client were disappointed in the ruling and would appeal.

The ruling, which is tentative and will become final in 15 days if there are no objections, comes nearly a year after Stiviano's recording of Donald Sterling making racially offensive remarks bounced him from the NBA and cost him team ownership.

Shelly Sterling's lawyers used other recordings to show he bought Stiviano a house, a $240,000 Ferrari and extravagant shopping sprees.

In the recordings on Stiviano's iPhone, she and the 80-year-old billionaire are heard discussing how to shield gifts from his wife.

"The truth is that everything that I have, you've given me from your heart without me begging or asking or throwing myself all over you," Stiviano said in snippet played in court.

During the course of their 2 1/2 years together, Sterling gave her the Ferrari, a Bentley and a Range Rover, and paid the lion's share of a $1.8 million duplex near Beverly Hills. The judge said the house would be turned over to the Sterlings.

Sterling testified that he paid for the entire house, though Stiviano said she had contributed an unknown amount of money donated in small bills by family members that she saved in a bedroom drawer.

Donald Sterling said Stiviano hadn't contributed "50 cents" to the house and, noting that Stiviano is part black and Hispanic, said she illegally got her name inserted into escrow documents by befriending Hispanic bank and escrow employees.

Shelly Sterling filed the suit against Stiviano about a month before the recording of Donald Sterling telling Stiviano not to associate with black people caused an uproar and led the NBA to ban him for life and fine him $2.5 million.

With the NBA threatening to seize the team, Shelly Sterling got hold of a family trust by showing her husband had signs of Alzheimer's and negotiated a record $2 billion sale to ex-Microsoft CEO Steve Ballmer. Her husband tried to block the sale and has sued his wife and the NBA in federal court.

The Sterlings, who made a fortune buying apartment buildings across Los Angeles presented a mostly unified front at trial, despite their other conflicts.

Testimony shed little light on the nature of the unusual three-way relationship.

Shelly Sterling said she assumed Stiviano was her husband's mistress, and witnesses said the younger woman spoke of becoming "the next Mrs. Sterling."

Stiviano denied having a romance or sex with Donald Sterling, but referred to him as a father figure and lover.

Donald Sterling, who was incredulous that his wife had described them at one point as being estranged, referred to Stiviano as an "ex-friend" and said they never had sex.

Shelly Sterling and Stiviano did little to hide their disdain for each other.

Shelly Sterling said Stiviano had been nasty to her and taken advantage of her husband and didn't deserve the millions in gifts that included expensive shopping sprees and world travel. Stiviano called Sterling the "Wicked Witch of the West" and said she hated her.

Sterling initially sought about $3.6 million from Stiviano, a figure an accountant said was a conservative estimate of the gifts. Her lawyers ended up seeking $2.8 million, based on evidence at trial and Stiviano's own admissions.

Fruin rejected a claim for $200,000 in credit card spending, saying he had no credible evidence to support it and wouldn't rely on Stiviano's guess that she rang up hundreds of thousands of dollars on Donald Sterling's credit card.