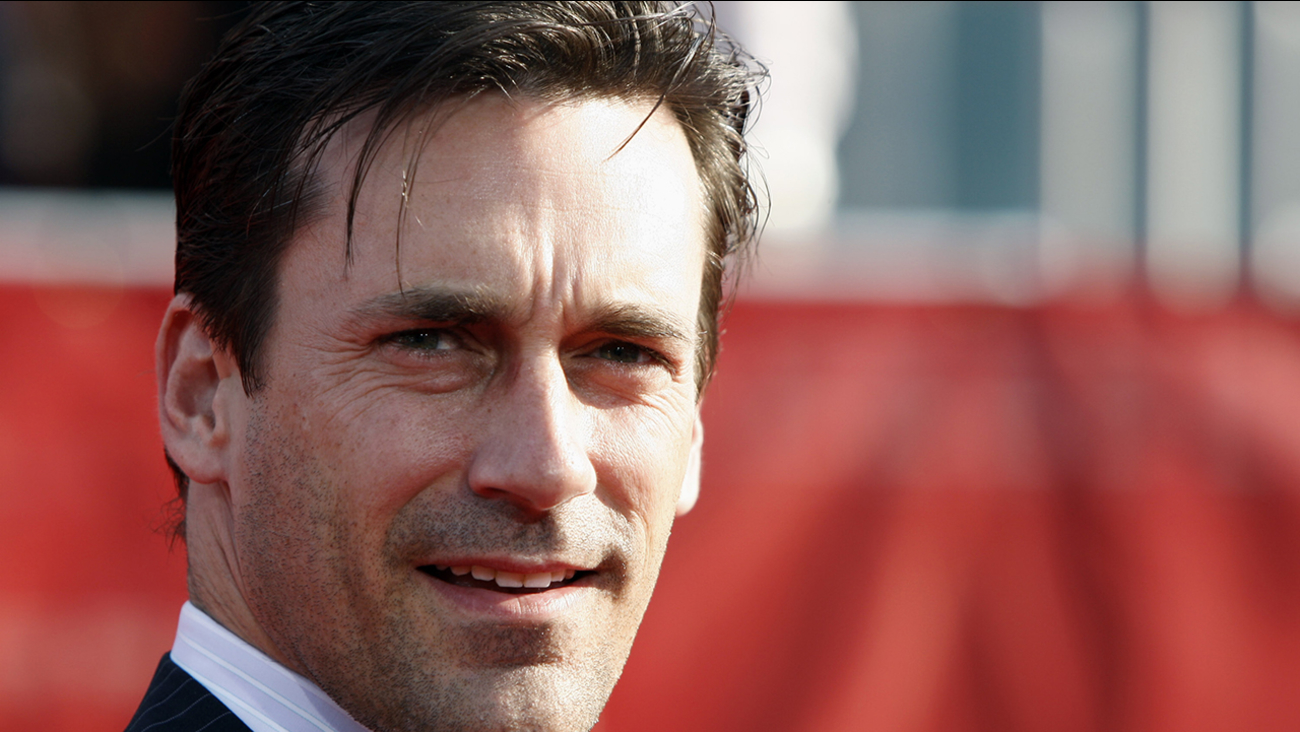 AUSTIN, TX -- "Mad Men" star Jon Hamm took part in a violent college hazing in 1990 at the University of Texas that led to criminal charges and to the fraternity chapter permanently disbanding, according to court and school records obtained Thursday.

The Emmy-nominated actor had not previously been publicly linked to a lawsuit filed by a Sigma Nu pledge who said he was severely beaten, dragged by a hammer and had his pants lit on fire. In the 1991 lawsuit, the pledge said Hamm participated "till the very end."

Criminal records show Hamm, now 44, was charged with hazing and received deferred adjudication, which under Texas law means he had to successfully complete probation but was never convicted. A separate charge of assault was dismissed.

Representatives for Hamm and "Mad Men" creator Matthew Weiner did not respond to requests for comment Thursday.

None of the records were sealed, but Hamm was not famous when the incident happened and his connection to the case didn't come to light until Star magazine reported on it this week.

According to the lawsuit, Hamm became "mad, I mean really mad" after the 20-year-old Sigma Nu pledge failed to recite things he was supposed to memorize about Hamm and other fraternity members. For Hamm, his list included "Young Bobby," ''MC Hammer" and "UT Football Punching Bag."

The pledge, Mark Allen Sanders, said Hamm went on to set his jeans on fire, shove his face in dirt and strike him with a paddle.

"He rears back and hits me left-handed, and he hit me right over my right kidney, I mean square over it," Sanders said in the lawsuit. "Good solid hit and that, that stood me right up."

Sanders said he needed medical care and withdrew from the school. Court records show the lawsuit was dismissed in 1993. Attempts to reach Sanders were unsuccessful Thursday, and his former attorney did not return a message.

Four other fraternity members were charged and pleaded no contest to misdemeanor hazing charges. The Sigma Nu chapter was shut down and never reopened on campus.

University records show Hamm arrived on campus in the fall of 1989 and left after the same semester in which the hazing took place. In a 2008 interview with W Magazine, Hamm said he left school his sophomore year after his father died and he returned to his home state of Missouri.