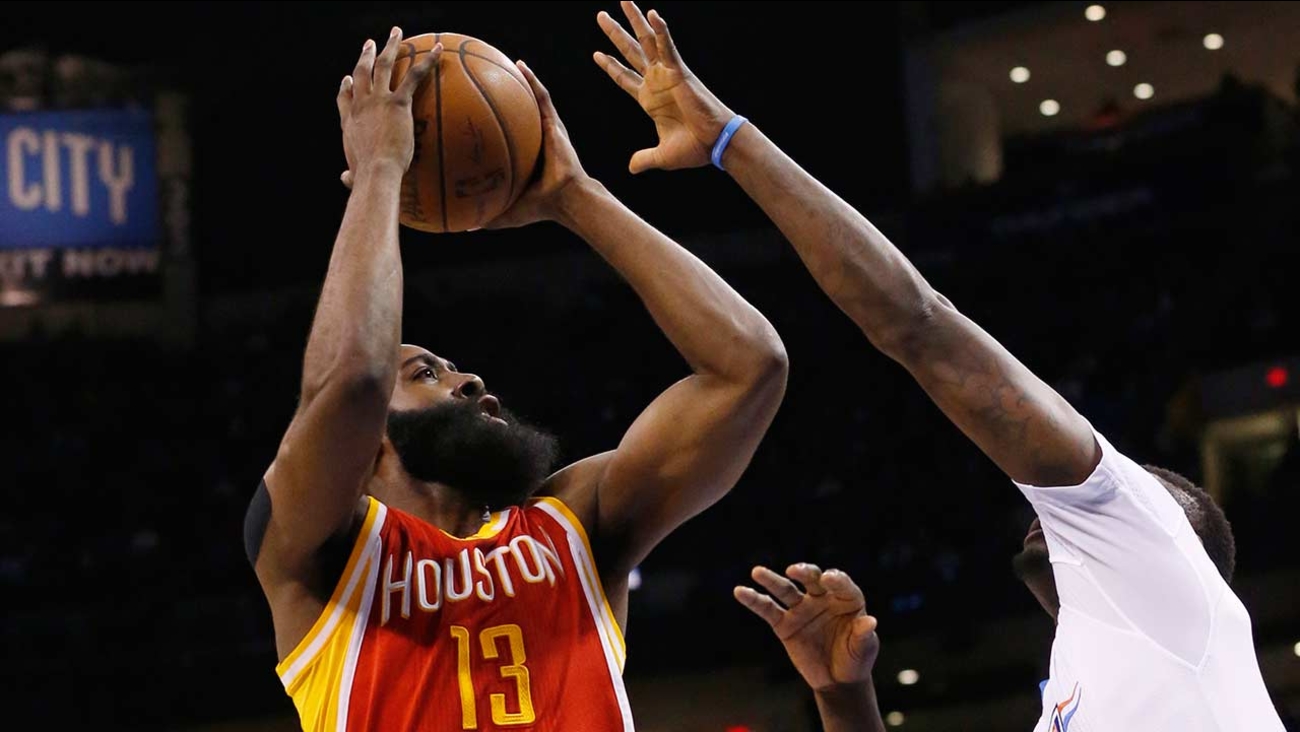 Harden and Westbrook, the league's top two scorers, both entered the game averaging 27.5 points. Harden made 12 of 22 shots and 6 of 9 3-pointers before fouling out with 33 seconds left. The Rockets hung on to win for the seventh time in eight games.

Westbrook finished with 40 points, 13 assists and 11 rebounds. It was his 11th triple-double of the season and the 18th of his career. Enes Kanter added 21 points and 17 rebounds for the Thunder, who lost their third straight. Their lead over New Orleans for the No. 8 spot in the Western Conference was cut to a half game.

The Rockets led 89-80 early in the fourth quarter before Westbrook re-entered the game. The Thunder chipped away, and Westbrook tied the game at 100 with a 3-pointer with just more than three minutes to play.

Harden drained 3-pointers over Oklahoma City's Kyle Singler on consecutive possessions to put the Rockets up 106-101. Harden made another jumper from near the foul line, this time over Westbrook, to bump the lead to seven.

Oklahoma City's Anthony Morrow sank a 3-pointer to cut the deficit to 114-112 with 5.5 seconds to play. Houston's Corey Brewer missed the second of two free throws with 5 seconds remaining to give the Thunder a chance. Westbrook missed a deep off-balance 3-pointer as time expired.

The Rockets led 42-29 in the second quarter before back-to-back dunks by Westbrook shifted the momentum. Back-to-back 3s by Morrow and D.J. Augustin cut Houston's lead to 52-47. Harden's 3-pointer late in the shot clock over Westbrook with 13.7 seconds left in the half gave the Rockets a 55-47 edge at the break. Houston led 83-77 at the end of the third.

Rockets: C Dwight Howard had 22 points in 23 minutes. ... F Donatas Motiejunas missed his sixth straight game with lower back pain. ... Houston made 12 of 19 shots in the second quarter.

Rockets: at San Antonio on Wednesday.