Steve Martin album among records preserved at US library 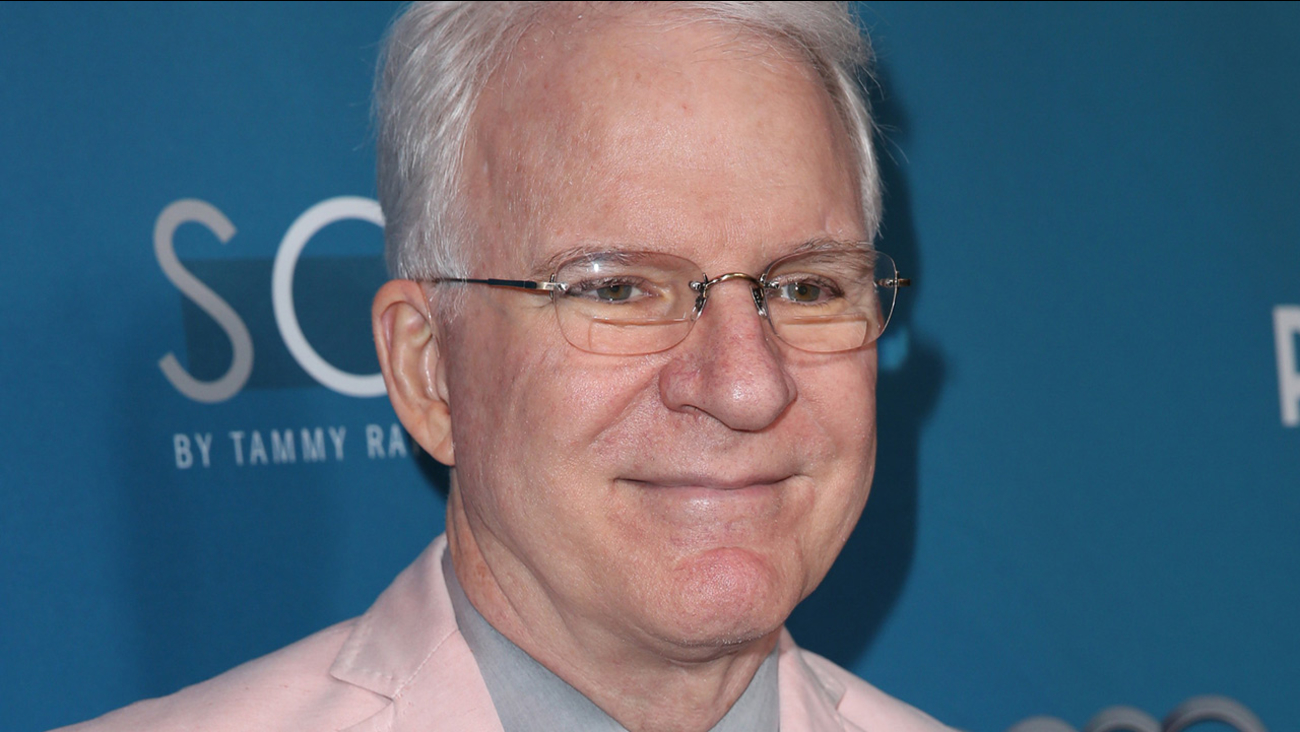 Steve Martin arrives at Backstage At The Geffen Gala on Saturday, March 22, 2014, in Los Angeles.

WASHINGTON -- Steve Martin's "A Wild and Crazy Guy" comedy album has been selected for preservation at the Library of Congress, along with recordings from Joan Baez, The Righteous Brothers, Ben E. King and the darker sounds of the band Radiohead.

Martin's album broke new ground in the 1970s as Martin broke out of formulaic jokes and punchlines for less predictable humor.

Upon hearing of his archive-worthy achievement, Martin deadpanned: "I could not be more proud of this honor. This means the record was probably funny."

One of the most broadcast songs of the 20th century, Ben E. King's "Stand by Me," also made the list.

Twenty-five sound recordings spanning from 1890 to 1999 were added Wednesday to the library's National Recording Registry. Each year the library chooses recordings that are "culturally, historically or aesthetically significant."

Some of the unforgettable tunes being archived include "Ac-Cent-Tchu-Ate the Positive" from Johnny Mercer in 1944and Baez's first solo album, and The Righteous Brothers' "You've Lost That Lovin' Feelin'."

The Library of Congress has been seeking to preserve important sound recordings for 15 years under terms of a preservation act passed by Congress.

In the 1960s, King originally intended his song "Stand by Me" for his former group, the Drifters, but he ended up recording it himself. The song is anchored by one of the best-known bass lines in history, curators said. A few years later, The Righteous Brothers were recording "Lovin' Feelin.'" They thought the song was wrong for them at first but ended up with a hit.

The oldest recordings being saved are in the form of 600 wax cylinder recordings at the University of California, Santa Barbara, that were recorded by consumers in the 1890s, 1900s and 1910s as snapshots of everyday life. These are among the most endangered audio formats because their grooves are fragile and the wax decomposes over time. Another set of wax-cylinder recordings from the 1893 Chicago World's Fair captured sounds of musicians from around the world performing at the fair, giving Americans their first exposure to "world music."

Other historic recordings chosen for preservation include radio coverage of President Franklin D. Roosevelt's funeral in 1945 and the 1953 theatrical recording of "John Brown's Body," based on a Civil War poem that proved commercially successful as a non-musical play.

Curators also deemed some more recent recordings worthy of preservation, include tunes from TV's "Sesame Street." The children's show used music as an integral part of its educational program and drew stars ranging from B.B. King to R.E.M. and the Dixie Chicks. The library chose the 1995 recording "Sesame Street: All-Time Platinum Favorites" for the registry.

"I sort of see it as part of a certain ongoing phenomenon in rock music that maybe begins with the Velvet Underground but also The Doors, who are on the registry this year. Pop music is not entirely positive in its outlook, shall we say," curator Matt Barton said. "I think we can say that 'OK Computer' really sums a lot of that up."