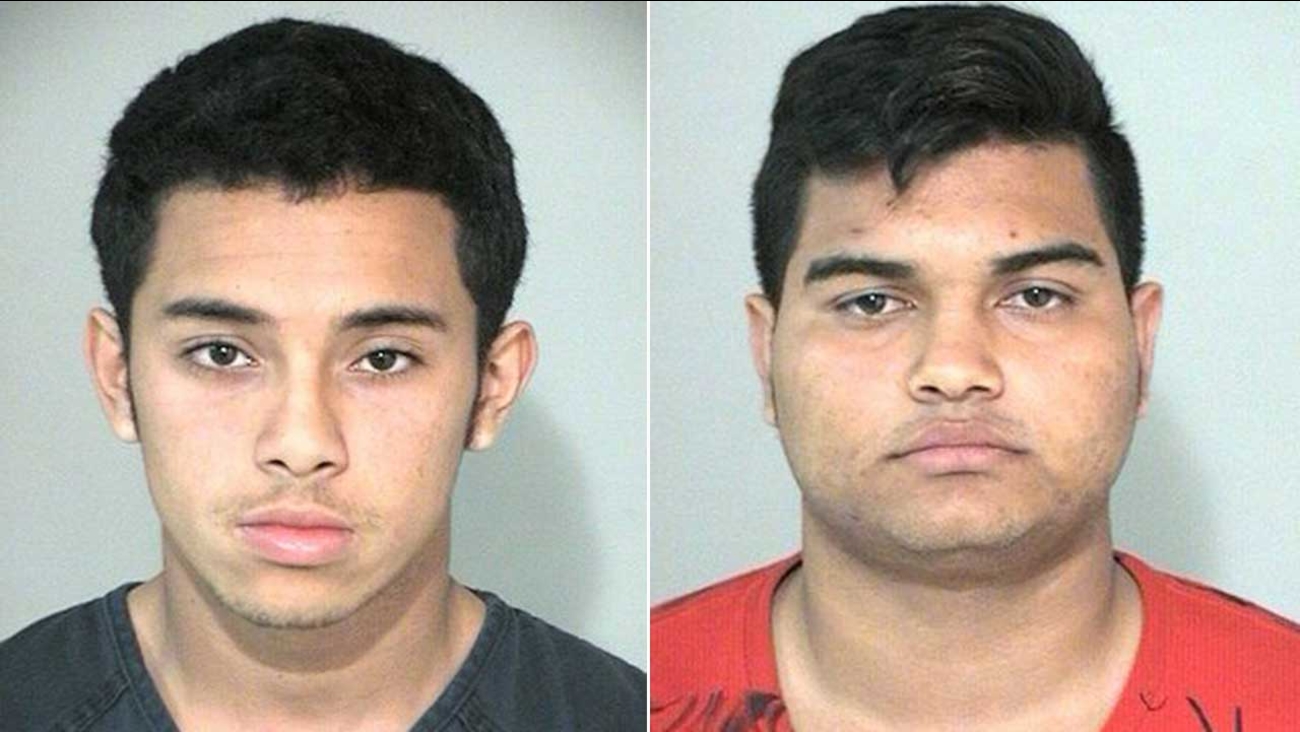 Michael Jesus Hernandez, 18, and Bryan Barahona, 17, both were charged with burglary of a building and engaging in an organized criminal act.

HOUSTON (KTRK) -- Three arrests clears five cases of burglary of a habitation, according to the Ft. Bend County Sheriff's Office.

The sheriff's office arrested 3 suspects Wednesday in connection with five burglary cases in the Houston area of Fort Bend County.

Deputies were called to a burglary of a building at about 9am Wednesday in the 7700 block of Lora Linda Drive.

The victim told deputies she had seen three unknown males enter her shed in the backyard of her residence. She describe each suspects about 6 feet tall.

Deputies checked the area for the suspects, but were unable to locate anyone matching the description.

At about 11am, a deputy was flagged down by a concerned citizen in reference to three males standing in front of a home in the 7400 block of Tetela Drive.

Deputies said the citizens' description matched the description given to them at the original site.

Five deputies went to the area and found the suspects walking in the Great Oaks subdivision. The three men were placed under arrest. Deputies say they admitted to committing five burglaries.

Michael Jesus Hernandez, 18, and Bryan Barahona, 17, both were charged with burglary of a building and engaging in an organized criminal act. The charges each carry a $2,500 bond.

Hernandez bailed out of the Fort Bend County Jail on March 19. Barahona bailed out March 20.

The third suspect was a juvenile and was taken to the Fort Bend County Juvenile Detention Center.