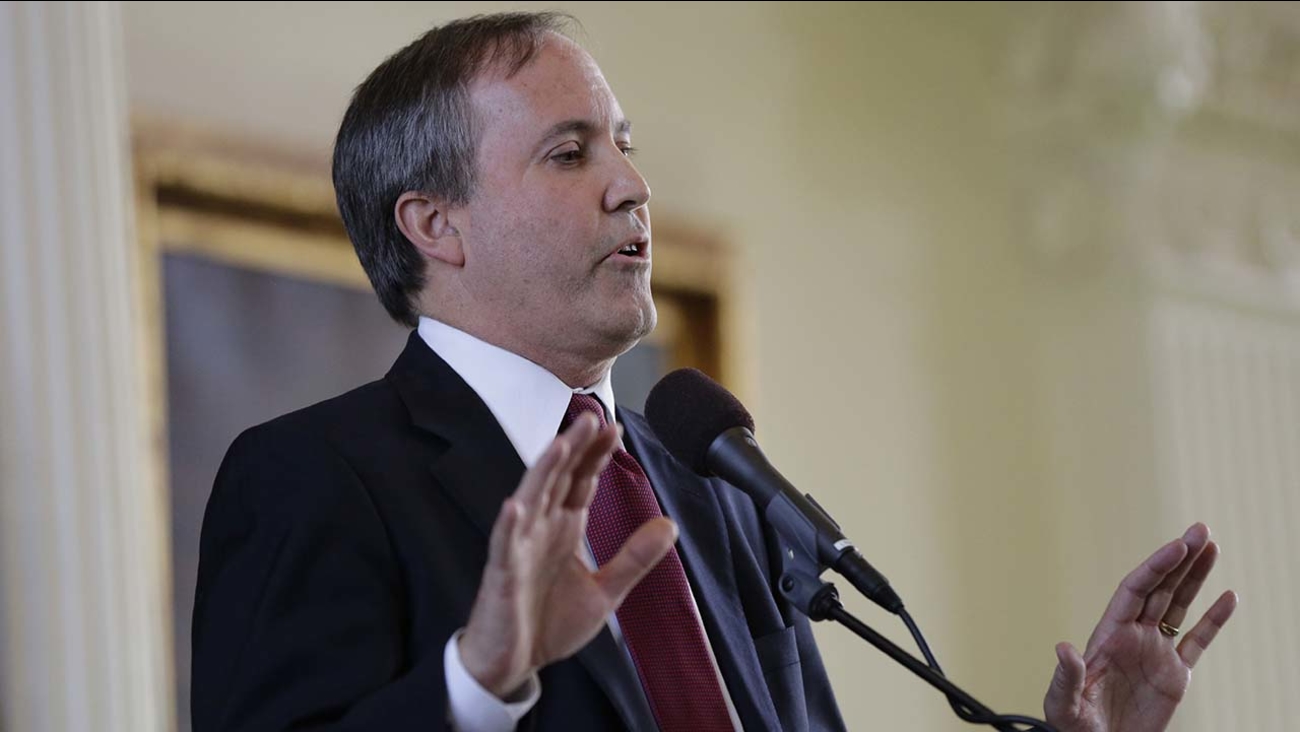 Ken Paxton speaks after he was sworn in as the Texas Attorney General, Monday, Jan. 5, 2015, in Austin, TX. (AP Photo/Eric Gay)

AUSTIN, TX -- The Texas attorney general is suing the federal labor department over a plan that would extend family and medical leave benefits to married same-sex couples.

Attorney General Ken Paxton filed the lawsuit Wednesday. He argues that a proposed federal rule changes the definition of a spouse, requiring Texas agencies to violate state law by granting those benefits to gay couples legally married in other states. The rule is set to take effect March 27.

Paxton also advised state agencies to ignore the rule and instead follow a state law that bans gay marriages. A federal judge has ruled the law unconstitutional, but Texas has been allowed to enforce the ban while it appeals the ruling.