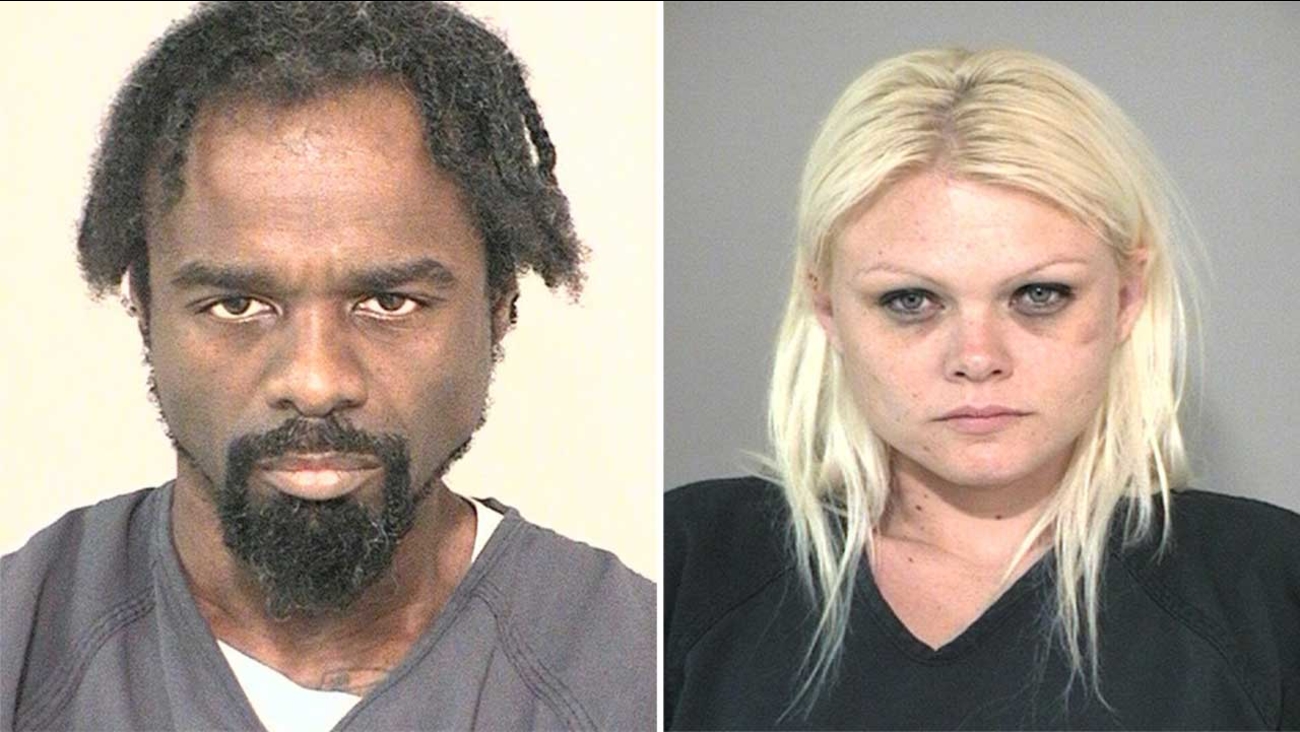 SUGAR LAND, TX (KTRK) -- An auto theft call in the Sugar Land area ended in several arrests for numerous charges including human trafficking and promotion of prostitution, according to the Fort Bend County Sheriff's Office.

Authorities were called to Car Care Center mechanic shop on the 15,000 block of Old Richmond around 5pm.

The deputies confronted Robert Collins II, who had an Oklahoma ID, with him were Latasha McCoy, Tabitha Hitsman and Kayla Rogers. The deputy immediately asked dispatch to run his driver's license and name. They returned with outstanding warrants for human trafficking, compelling prostitution, aggravated promotion of prostitution, and criminal conspiracy. Collins was placed into custody.

Authorities then ran McCoy's license run and she turned up with aggravated promotion of prostitution and criminal conspiracy. She too was placed into custody.

The other woman was asked to identify herself and she said her name was Tabitha Birdsong, but there was no records of her, but she gave the two deputies her grandmother's name. She was reported as a runaway from Kansas and her real name was Tabitha Hitsman. She was placed into custody for failure to identify.

Collins also had on $4,8000 in cash. His bonds total more than $1 million and they are out of Wichita, Kansas.