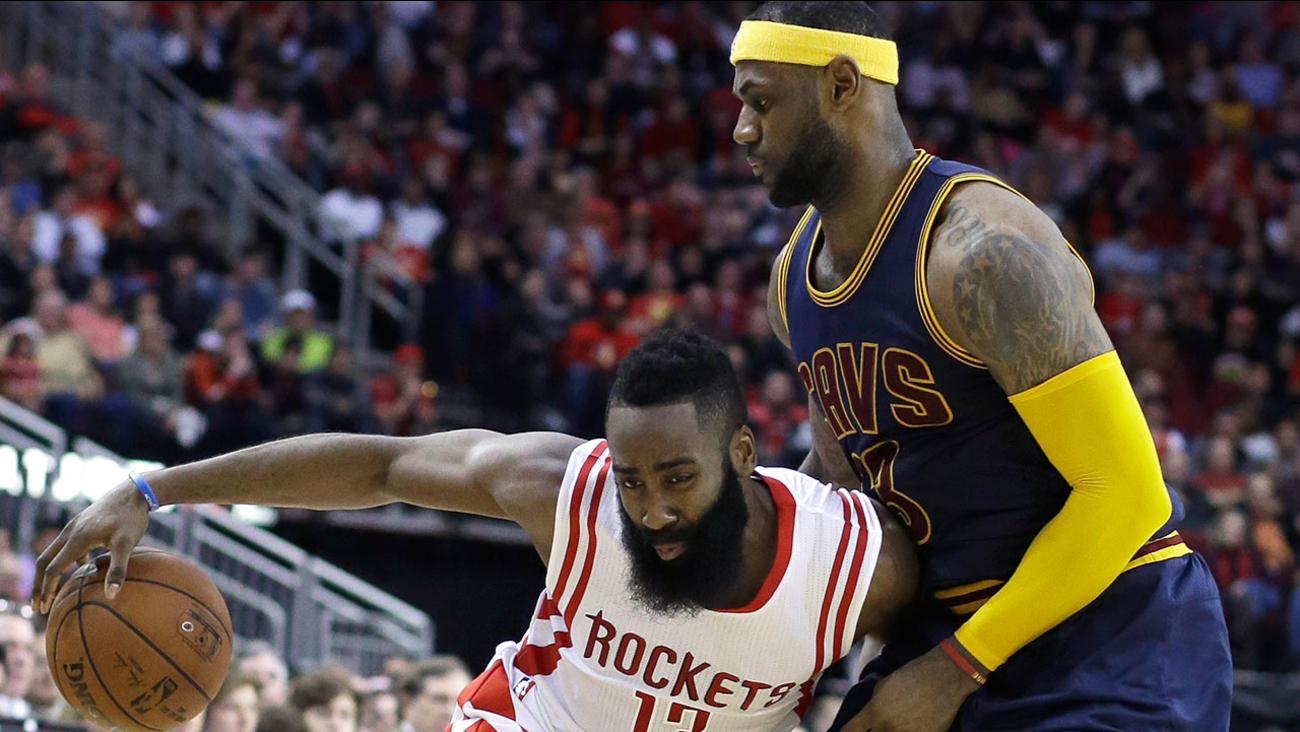 HOUSTON -- The NBA has suspended Houston star James Harden one game without pay for kicking LeBron James in the groin.

The All-Stars and Olympic teammates became tangled in the third quarter of Houston's 105-103 victory over Cleveland on Sunday and Harden fell back to the court, then kicked his foot up into James.

Harden was given a flagrant foul 1 for the play, which the league upgraded Monday to a flagrant 2, which would have been an automatic ejection if called at the time.

An angry James said after the game that Harden's kick was "not a basketball play" and that the league would probably look at it.

Harden, the NBA's leading scorer and a top MVP candidate, won't play when the Rockets visit the Atlanta Hawks on Tuesday.

The NBA announced they have upgraded a flagrant 1 call on James Harden in Sunday's game to a flagrant 2 and he will be suspended one game.