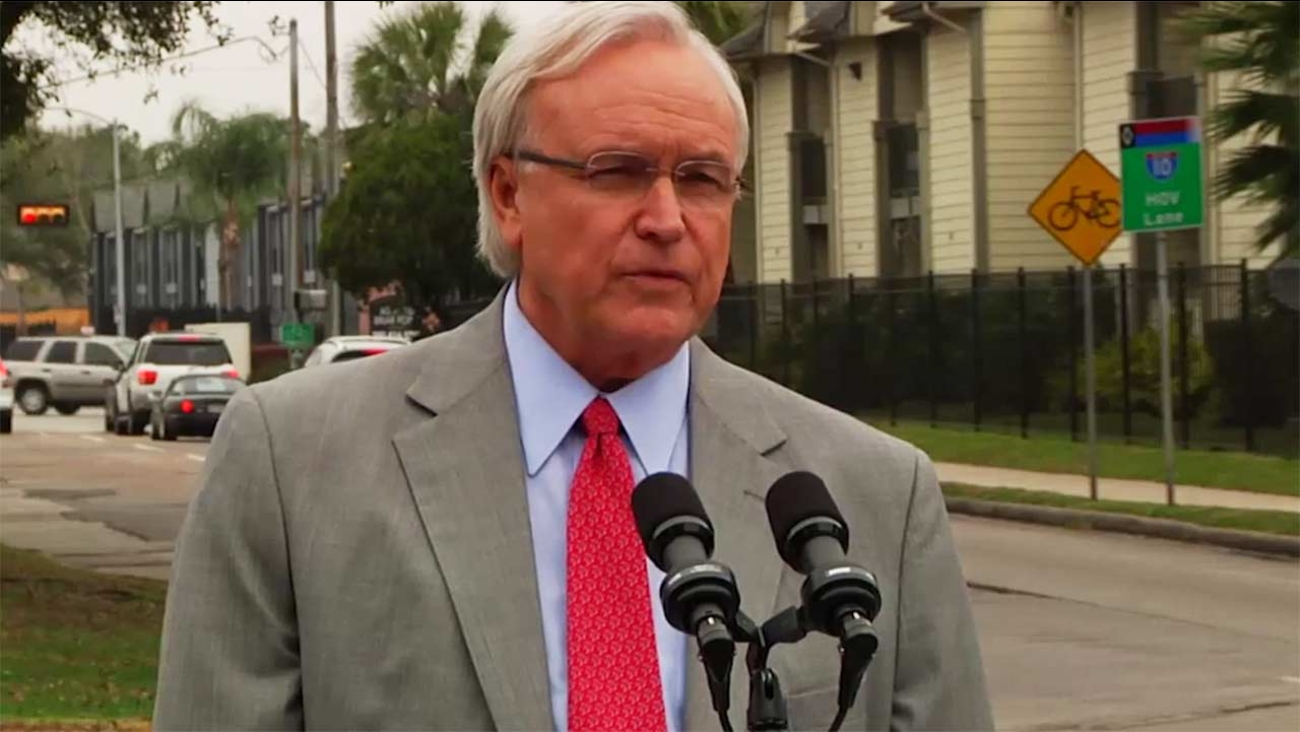 HOUSTON (KTRK) -- Businessman and civic leader Bill King declared his candidacy for Mayor on Monday. He asked his fellow Houstonians to come together to put 'America's City of Opportunity' back on the path to financial stability during his announcement.

He pledges to get city government 'back to basics' and address budget and infrastructure problems that threaten the city's futures.

"On the basic issues affecting our lives, city government too often isn't getting the job done -- so today I am declaring my candidacy for Mayor to get Houston back to basics," King said. "I want to put my business experience to work getting City Hall focused on fixing the streets, catching the crooks, and balancing the budget."

King, 63, is the son of a union pipefitter. He grew up in the Houston area and was the first person in his family to graduate from college. He worked his way through the University of Houston, where he earned both his bachelor's degree and his law degree. King has led numerous businesses and practiced law in Houston.

"The massive problems we face have been years in the making," King said, "and it will take a united effort to turn our City around. All my life, I have worked hard and reached out to find solutions - and so I am going to ask every Houstonian to lay aside their partisan and ideological differences, and come together, and help me get this City back to basics."