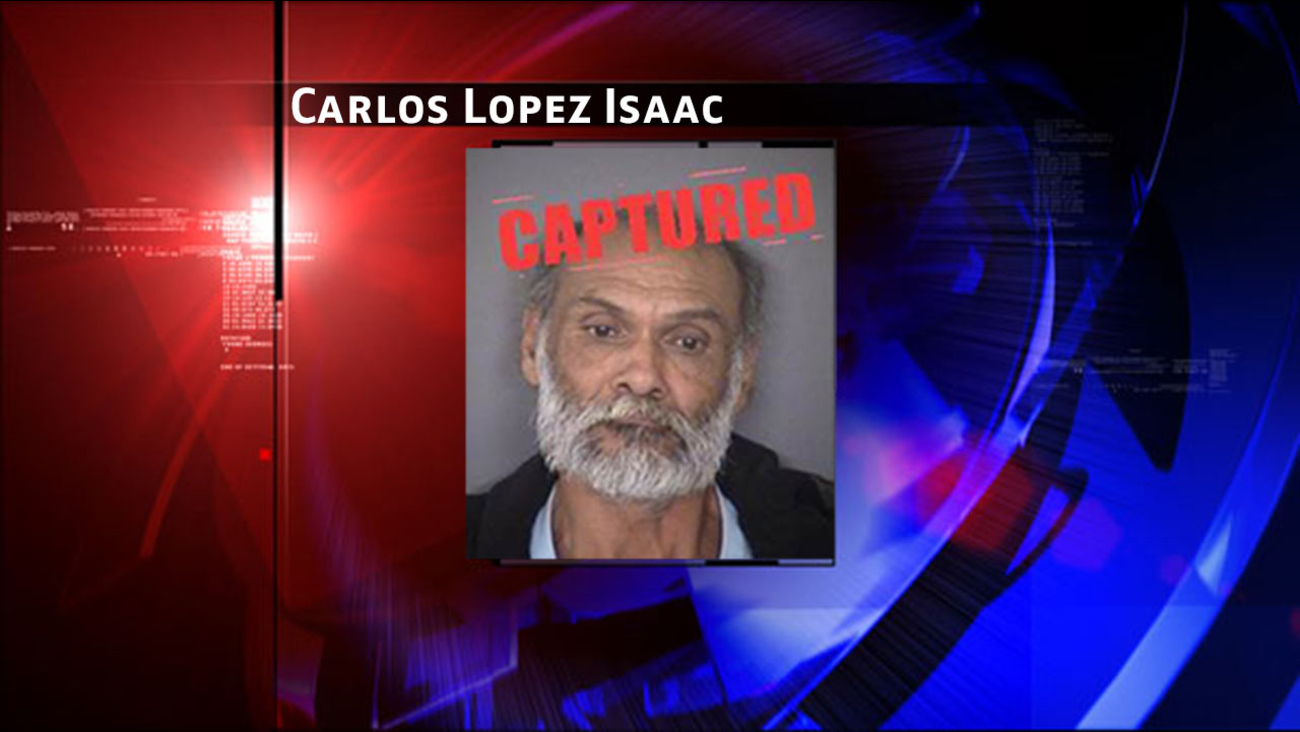 AUSTIN, TX -- Texas authorities say a 59-year-old man on the state's list of 10 most-wanted sex offenders has been arrested.

The Texas Department of Public Safety on Monday announced that Carlos Lopez Isaac turned himself in last week. He was being sought for a parole violation and failure to comply with sex offender registration requirements.

DPS says so far this year authorities have arrested six felons who were on the state's list of most-wanted fugitives or sex offenders.