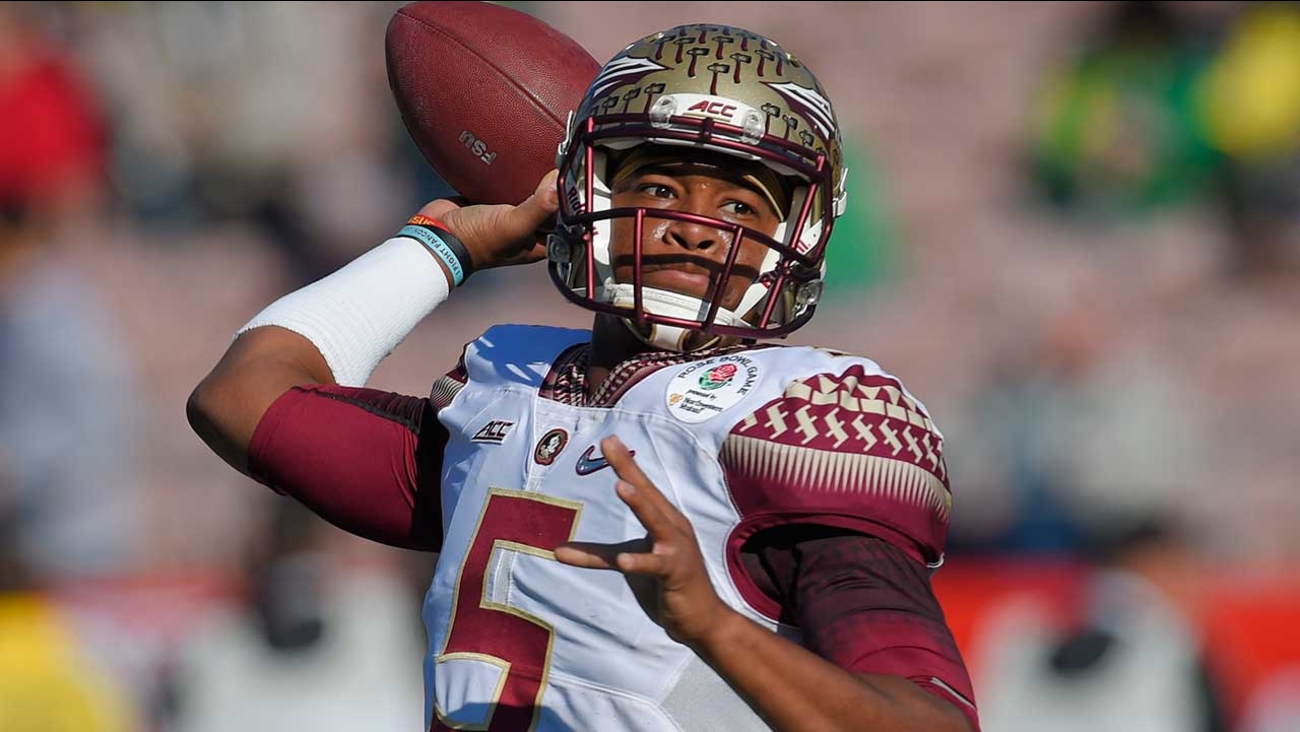 INDIANAPOLIS, IN (KTRK) -- Here are David Nuno's reports from the Pro Scouting Combine in Indianapolis.

Day three of the NFL Combine mirrored Jameis Winston's career at Florida State. Not a lot of activity until the end, and then he delivered.

The morning was quiet, but during the afternoon, ESPN reported that Winston undergone testing on his throwing shoulder. Many believed he would not throw tomorrow at the combine, but he squashed that in the first minute of his press conference. Winston was consistent and clear with his message. He is ready to be the face of a franchise.

"I want to let you all know, I know I've made mistakes and I know I have a past. Right now it's about me moving forward and earning the trust of all these teams,''

Day three of the NFL Combine brings the star power. Florida State Quarterback Jameis Winston will make the rounds and speak with the media. Most of the quarterbacks spoke at yesterday's availability, so Winston will get much of the attention today.

Winston is expected to be the first pick in the draft, so he will not be available for the Texans who pick 16th. Winston has the size and the pedigree to be a great NFL quarterback. One thing that is questioned is his character. The 2013 Heisman trophy winner has had some legal problems.

It is a debate whether Winston or Oregon's Marcus Mariota will be the number one pick. Winston has the stature and Mariota has less character issues.

Friday also brings us much of the muscle from the NFL draft, with defensive linemen and linebackers. University of Houston defensive tackle Joey Mbu is getting some traction as a a potentially a second or third pound pick. Mbu will not bench press at the combine, due to a pectoral strain. He is expected to do so at his pro day.
Related topics:
sportsnfl
Copyright © 2020 KTRK-TV. All Rights Reserved.
More Videos
From CNN Newsource affiliates
TOP STORIES