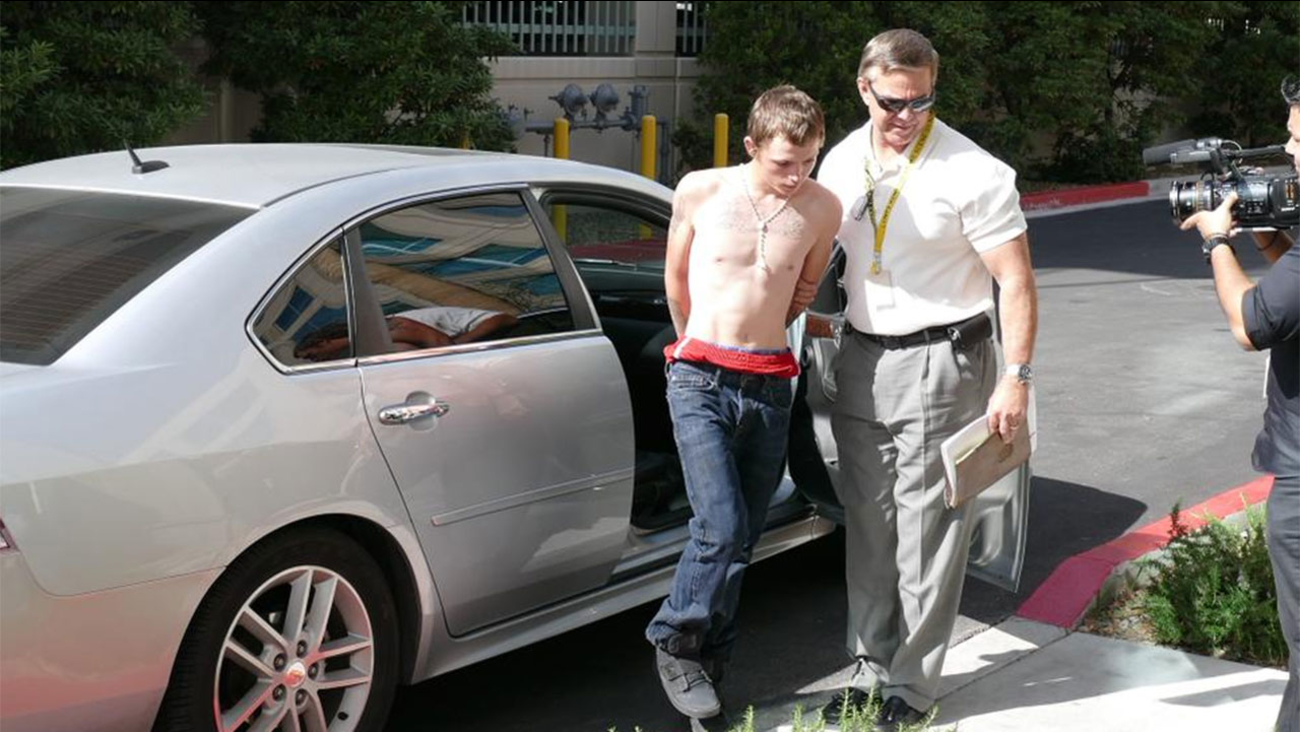 LAS VEGAS, NV -- Police arrested a suspect Thursday in the road-rage killing of a Las Vegas mother after SWAT teams swarmed a home about a block from the site where the shootout occurred a week ago.

Police did not release the male suspect's name or discuss his possible involvement in the killing of 44-year-old Tammy Meyers. He was taken to police headquarters for questioning.

"We still have a lot of investigative work to do," said Las Vegas police Capt. Chris Tomaino.

The case has received significant national attention since Meyers was killed after an encounter with another driver as she gave her teenage daughter a driving lesson.

She was removed from life support on Valentine's Day as police hunted for a suspect. Online donations to pay for funeral costs quickly poured in from around the nation.

The sympathy then morphed into skepticism after police revealed that the mother dropped the daughter off at the home after exchanging words with the driver during the late-night driving lesson.

She then picked up her 22-year-old son, who brought along his 9 mm handgun. They went looking for the driver, followed the vehicle and eventually went home.

The silver car then showed up outside the Meyers' home and a shootout occurred. The mother was killed in the driveway of the home.

"I did what I had to do to protect my family," said Brandon Meyers, 22. "Everyone can think what they have to think. I did it for a reason. And I'd do it for anyone I love."

Police had little to go on other than a vague description of the car and a police sketch created from the Meyers' account. It's not known if the suspect and members of the Meyers family knew each other.

As police arrived in the neighborhood Thursday, Meyers' husband showed up at the scene and attempted to cross the street in front of the house but he was held back by police. He then yelled, "There's the animal, a block away."