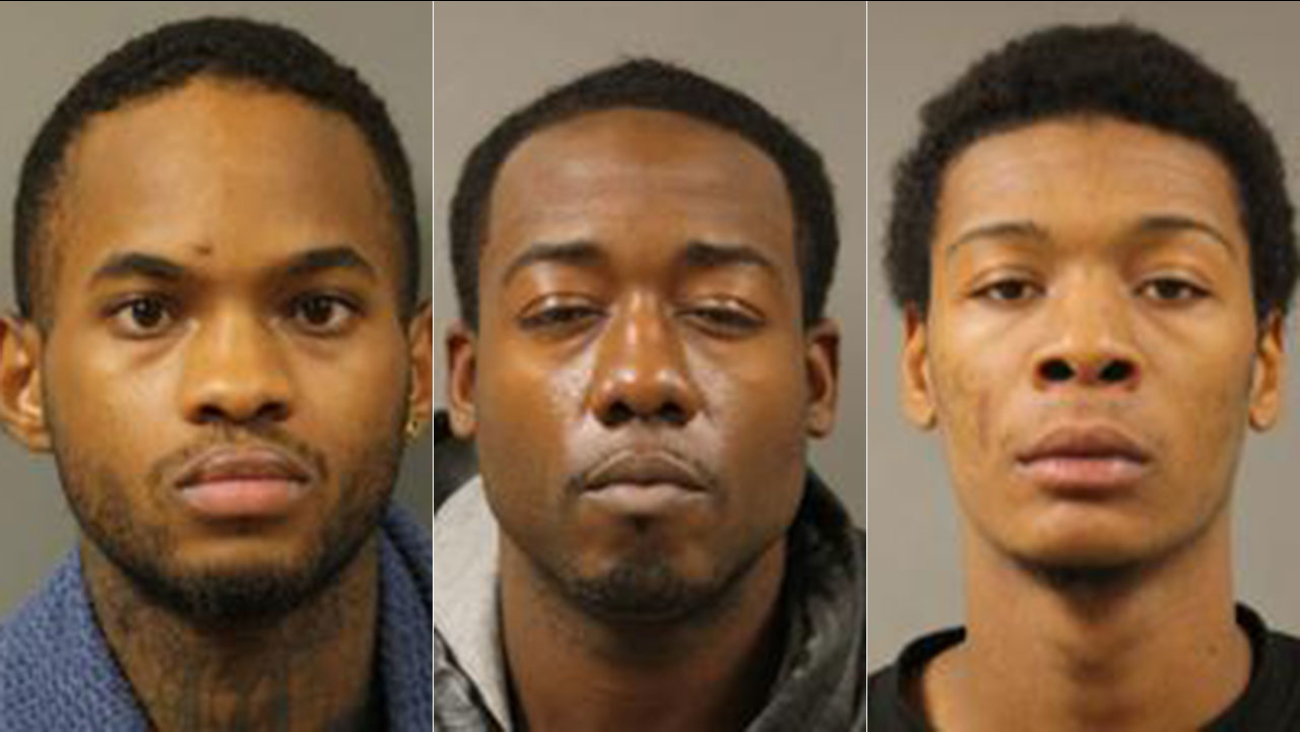 HOUSTON (KTRK) -- Three suspects accused of being part of an organized crew responsible for at least three armed robberies in the Houston area have been arrested.

According to the Harris County Sheriff's Office, Alonzo Dewayne Flowers, 22; Jerrieus Williams, 30; and Paul Harvey McCoy, 22, are responsible for armed robberies at the following locations in north Harris County. They've all been charged with aggravated robbery with a deadly weapon.

January 14, 2015, Jet Pawn Shop, 6135 FM 2920: At approximately 1pm, three armed suspects entered the business and ordered customers and employees to get on the ground. The suspects stole approximately 30 firearms from the display cases and money from the store safe.

January 29, 2015, Mad Dog Smoke Shop, 966 West FM 1960: At approximately 10pm, three suspects armed with handguns confronted the shopkeeper, pointed a gun at him and ordered him to the ground.

In that last case, the shopkeeper grabbed a gun and shot one of the suspects. They all did get away in a waiting car, but a weapon dropped by one of the suspects was determined to have been stolen from Jet Pawn shop on January 14.

Investigators are trying to determine whether or not these suspects are responsible for other similar robberies in the area. Details of the arrests were not immediately available.