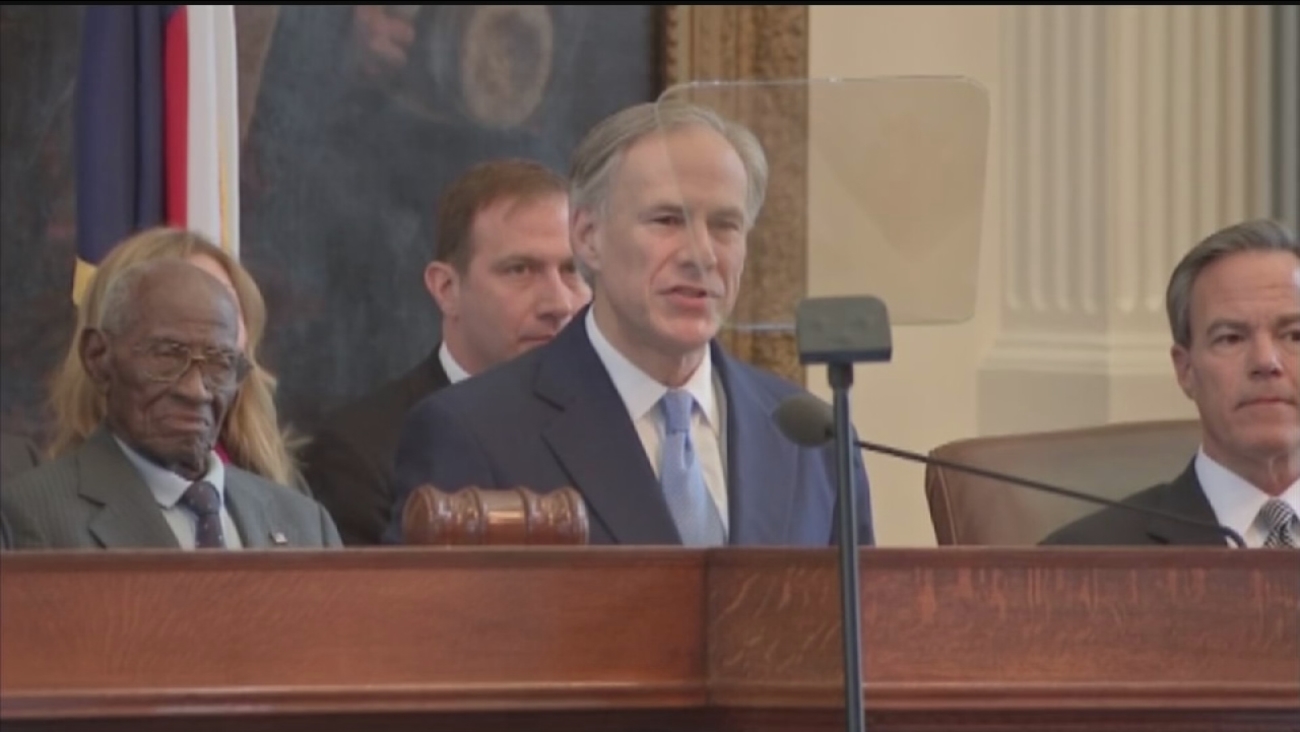 Republican Gov. Greg Abbott on gave marching orders in a State of the State address (KTRK)

AUSTIN, TX (KTRK) -- In his first State of the State address, Gov. Greg Abbott did not bury the lead.

"Our journey begins with striving to create the best education system in America," he said. Making it clear to legislators from the Texas House-Senate his number one emergency priority is improving education both early childhood and at the college level. "To begin that process, my budget provides additional funding for schools that adopt high-quality prekindergarten programs in the state of Texas. We need to expand and support our community colleges that serve as the gateway to better jobs and are a step toward further education opportunities."

Education seems to be the one issue this session on which both parties agree that more attention is needed.

"I was very pleased that he started off making his first priority related to education," said State Sen. Rodney Ellis of Houston. "I think that's important and I look forward to seeing details in the plan."

State representative Carol Alvarado of Houston agreed community colleges need more focus. "That's the best way to reinvest in Texas," she said. "I agree with his comments we need to do more to support community colleges."

The governor did not say how he expects to pay for those improvements nor did he define what quality education means or how it fits into the other priorities and their string on the budget.

Among those priorities are roadways, which are badly in need of expansion and repair throughout the state.

"It's a sad day in Texas when a guy in a wheelchair can move faster than traffic on our congested roads," Governor Abbott said. He wants to earmark the money designated for transportation to be only used on transportation.

He also plans to spend more money protecting the border, more than doubling the current budget and adding at least 500 new state troopers.

At the same time Gov. Abbott wants to reduce both business franchise taxes and property taxes, together cutting more than $4.2 billion of revenue.

He also wants most state departments and agencies to reduce their budgets by a minimum of three percent. He said he will reduce his own office budget by 10 percent.

Some Democrats have trouble reconciling the laundry list of priorities, especially as it relates to spending more money on the border and not elsewhere.

"A lot of that money could go to pre-kindergarten," argued state representative Armando Waller of Aldine. "He could go to ending the lawsuits the school finance lawsuits that the state of Texas continually has to defend."

State Sen. John Whitmire of Houston doesn't understand the need to cut the state budget when most agencies already run a tight ship.

"One thing that's shocking is the idea of cutting state employees," he explained. "I mean if you sit in finance like we have the last three weeks, all of our agencies are overworked, mostly our employees are underpaid."

The bottom line for most of those in attendance at Tuesday's address was where the money will fall and how they'll be tasked with spending the state's budget.

"I want to see the details," send Houston State Rep. Senfronia Thompson. "I think the things he talked about are noble issues in and of themselves, but I want to see what the legislation looks like and how we get there."
Related topics:
politicsaustintexas politicstexas newsgreg abbott
Copyright © 2021 KTRK-TV. All Rights Reserved.
More Videos
From CNN Newsource affiliates
TOP STORIES