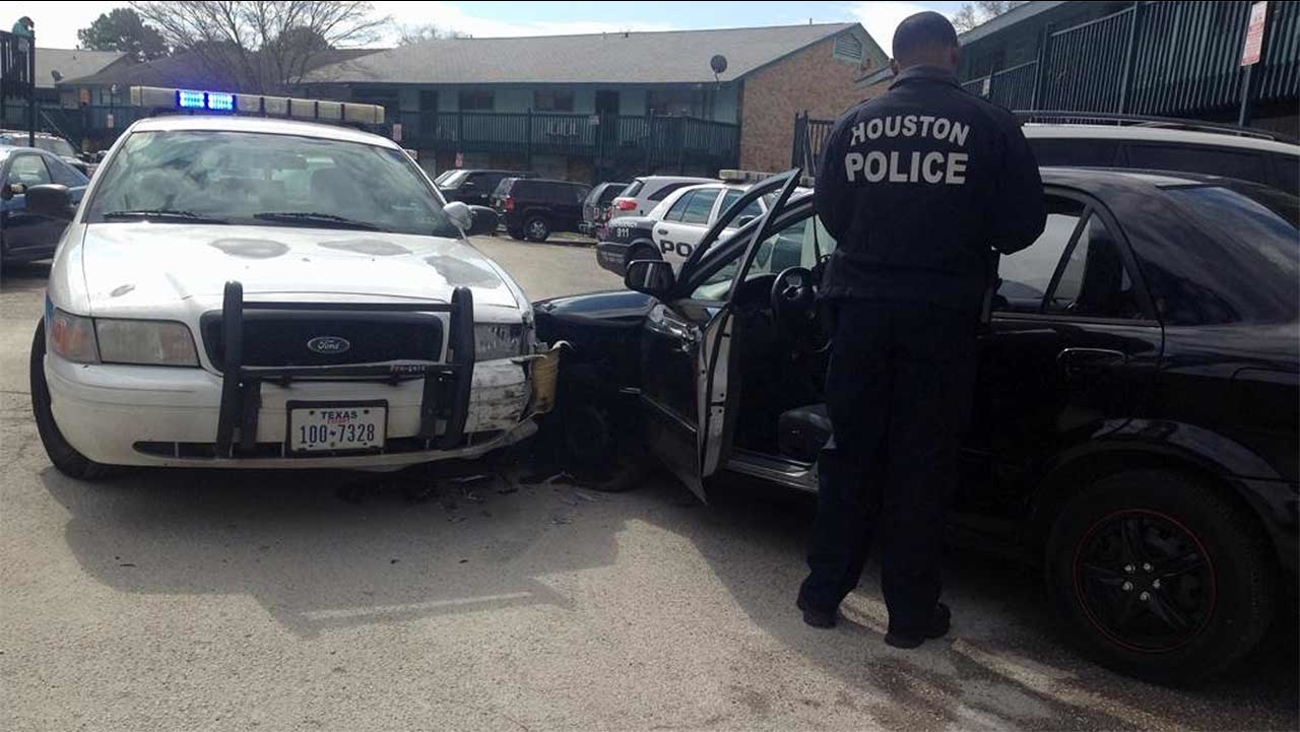 HOUSTON (KTRK) -- A robbery suspect is behind bars, and a Houston police officer is in the hospital after a mid-morning confrontation in southwest Houston.

A Houston police officer on his way to work heard a call for a break-in in progress on the radio at the Shadowridge apartments in the 5800 block of Fondren. Since he was nearby, the officer responded to the scene.

While the original officer was trying to apprehend the suspect, other officers arrived on the scene. The suspect rammed the patrol car of one of the responding officers who was trying to stop the suspect's getaway. The officer in that car suffered minor back and leg injuries and was taken to Hermann Hospital for treatment.