'It's My Party' singer-songwriter Lesley Gore dies at 68 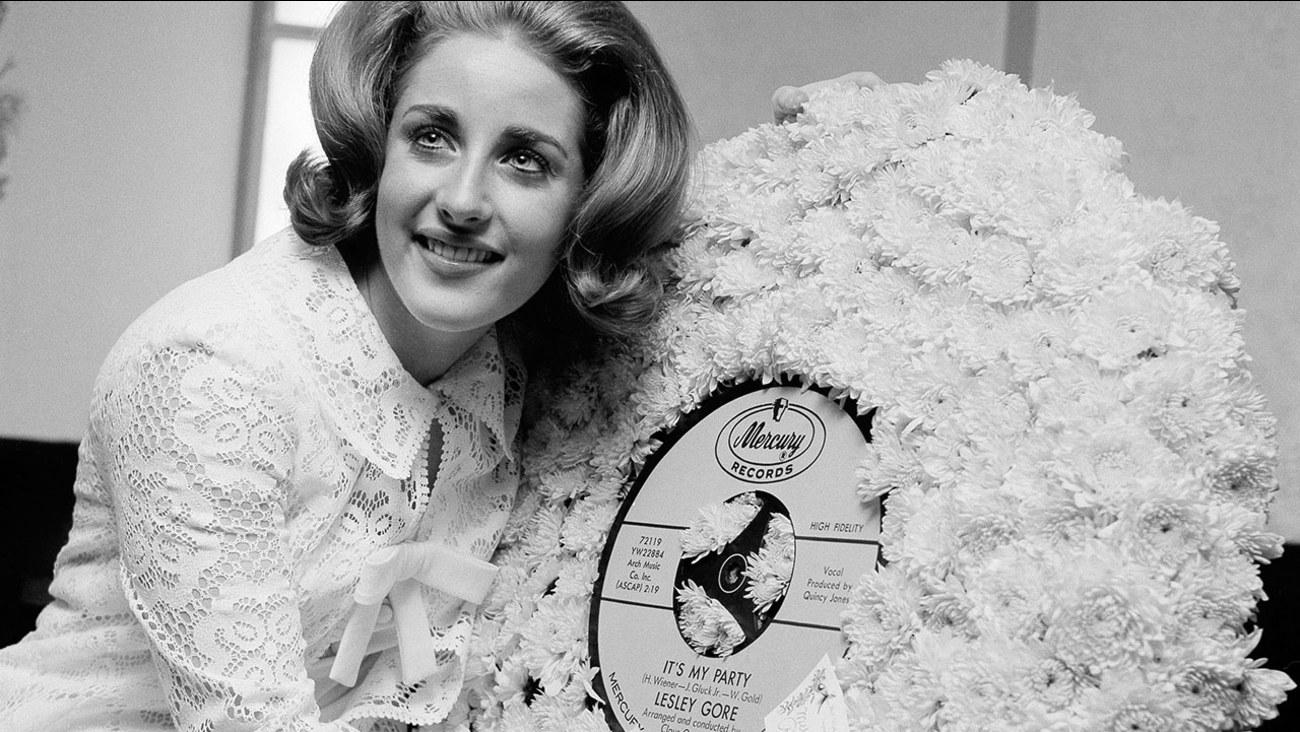 In this May 5, 1964, file photo, singer Lesley Gore hugs a flowered record at her 18th birthday party celebrated at the Delmonico Hotel in New York. (AP Photo/Marty Lederhandler, File)

NEW YORK -- Singer-songwriter Lesley Gore, who topped the charts in 1963 with her epic song of teenage angst, "It's My Party," and followed it up with the hits "Judy's Turn to Cry" and "You Don't Own Me," died Monday. She was 68.

Gore died of cancer at New York-Presbyterian Hospital in Manhattan, according to her partner of 33 years, Lois Sasson.

"She was a wonderful human being - caring, giving, a great feminist, great woman, great human being, great humanitarian," Sasson, a jewelry designer, told The Associated Press.

Brooklyn-born and New Jersey-raised, Gore was discovered by Quincy Jones as a teenager and signed to Mercury Records.

Gore's other hits include "She's A Fool," ''That's the Way Boys Are" and "Maybe I Know." She co-wrote with her brother, Michael, the Academy Award-nominated "Out Here On My Own" from the film "Fame."

In the 1990s, Gore co-wrote "My Secret Love" for Allison Anders' film "Grace of My Heart," released in 1996. A couple of years later, she appeared in "Smokey Joe's Cafe" on Broadway. Gore had been working on a stage version of her life when she died.

In 2005, she released "Ever Since," her first album in 30 years, but was sure to revisit older hits in front of fans. "If I've learned anything in this business," she told The New York Times that year, "how stupid would it be not to do 'It's My Party' when people come to hear it?"