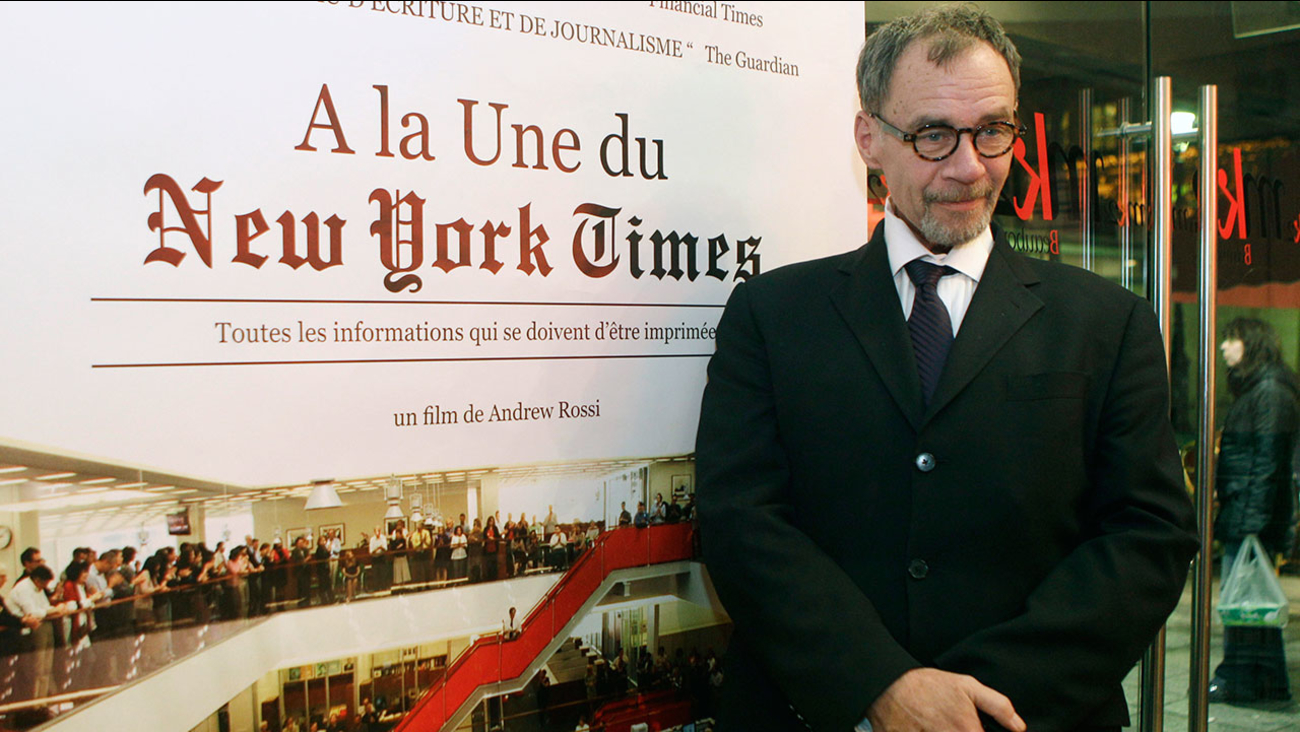 New York Times journalist David Carr poses for a photograph as he arrives for the French premiere of the documentary "Page One: A Year Inside The New York Times," in Paris, Monday, (AP Photo/Michel Euler)

NEW YORK -- Media columnist David Carr, who wrote the Media Equation column for The New York Times and penned a memoir about his fight with drug addiction, collapsed at his office and died on Thursday. He was 58.

Carr's column focused on issues of media in relation to business, culture and government, said the Times, which confirmed his death.

Carr joined the Times in 2002 as a business reporter, covering magazine publishing. His Media Equation column appeared in the Monday business section.

Before joining the Times, Carr was a contributing writer for The Atlantic Monthly and New York magazine. He also was a media writer for news website Inside.com.

Carr, who lived in Montclair, New Jersey, with his wife and their daughter and had two other children, also wrote "The Night of the Gun," a 2008 memoir about addiction and recovery.

The book, published by Simon and Schuster, traces Carr's rise from cocaine addict to single dad raising twin girls to sobered-up media columnist for the Times.

Carr said he wrote up a book proposal "on a dare to myself" in two days. After an agent sold the idea, Carr ended up interviewing about 60 people and working on the book for three years. He took the transcribed interviews, numerous documents and pictures to his family's cabin in the Adirondacks, where he wrote the book.

Last year, Carr began teaching a Boston University class that explored the creative business models to support digital journalism. It was among the first professorships dedicated to evaluating how media organizations can sustain themselves financially as readers and advertisers migrate to digital platforms, a crisis that has doomed some news organizations and threatens the viability of others.

Carr had written about the issue extensively.

"I think a lot of journalism education that is going on is broadly not preparing kids for the world that they are stepping into," Carr told The Boston Globe.
Related topics:
new yorku.s. & world
Copyright © 2021 by The Associated Press. All Rights Reserved.
TOP STORIES
2 more Houston lawmakers arrested in DC during voting rights protest
Road rage murder suspect faces judge a day after turning himself in
Fort Bend Co. judge reinstates COVID protocols as cases spike
ABC13 town hall to address Texas' rising COVID-19 infection rate
Woman sentenced after arranging kidnapping of cousin killed by FBI
Another chance for scattered downpours Tuesday
Houstonians in need can apply for relief money in-person today
Show More
Biden to provide update on COVID vaccination efforts | LIVE
Officer dead after burst of violence outside Pentagon
Spirit Airlines, American Airlines cancel more than 800 flights
Daughter Turns to Ted after mom's washer repairs stalled for months
These 2 states made up 1/3 of all US COVID cases this past week
More TOP STORIES News