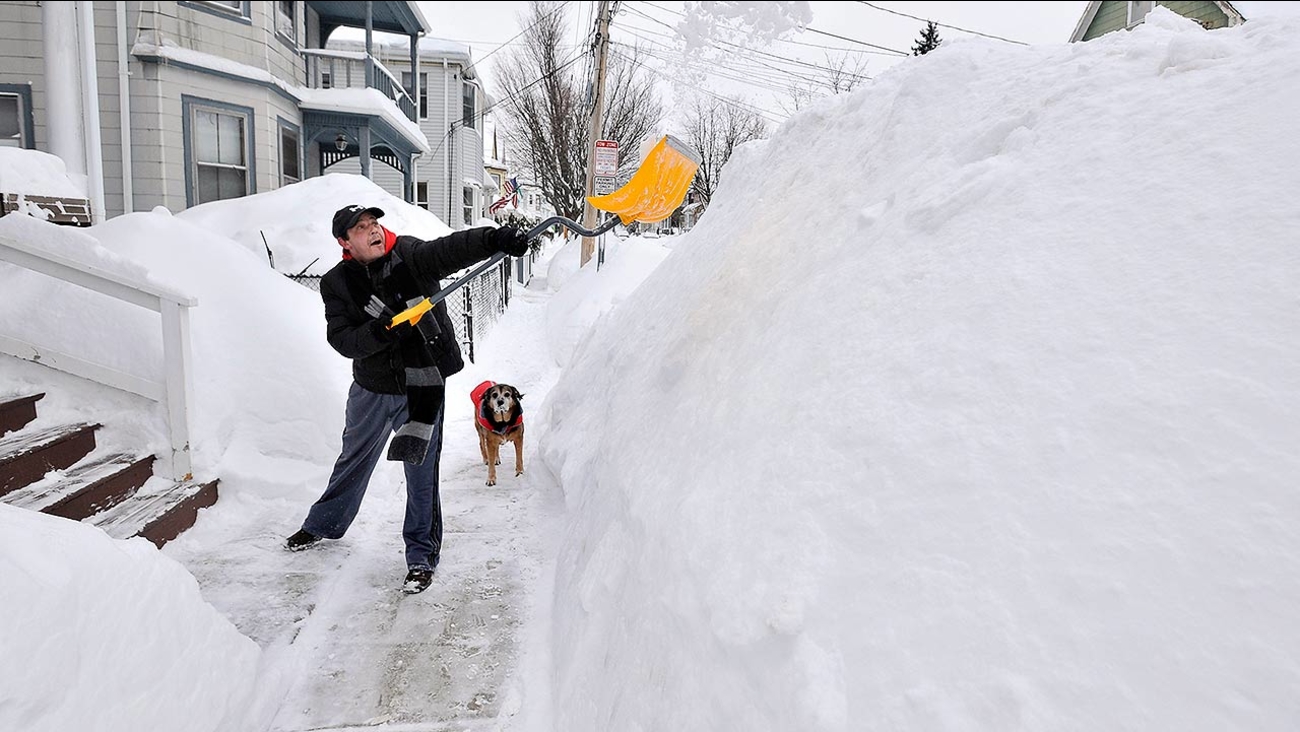 Lee Anderson adds to the pile of snow beside the sidewalk in front of his house in Somerville, Mass., Tuesday, Feb. 10, 2015, as his dog Ace looks on. (AP Photo/Josh Reynolds)

BOSTON, MA -- Snow-choked New England braced for more winter grief later in the week as people dug out from another 2 feet of snow Tuesday amid below-freezing temperatures and stranded Boston commuters scrambled to find other ways to get to work.

Boston-area subways, trolleys and commuter rail trains have been idled, hundreds of flights have been cancelled, hospitals set up sleeping areas for workers, and police were offering rides to work for doctors and nurses.

And now the city has had enough, even going so far as to draft a 'breakup' letter.

I could say "it's not you, it's me," but that would be the biggest lie I've told since I promised the British they wouldn't get shot at if they showed up by sea. It is you. It's 100 percent you."

The letter goes to recall those fun-filled early days. "Remember how exciting it was when I shut down for the first time, and we skipped school and work, and frolicked through my streets together? The way you made me feel so pretty, so refreshed, and seasonal?"

But, as with so many relationships, that feeling didn't last. "But that was the early stage of the relationship; now you're dirty all the time, you never clean up after yourself, and you've grown even colder."

Never mind the collateral damage from the union. "It's like you've turned into this unstoppable monster. I don't even know you anymore. You've also ruined a lot of my stuff; I can't find like five-thousand of my cars, my bikes are all buried for the foreseeable future, and you've killed every single plant I had."

Calling it quits, the writer suggests there really is someone else. "Also, now is probably a good time to tell you I've met someone. His name is Spring, and while it's long distance right now, he'll be moving in hopefully sometime around March or April."

There remains only a smidgen of hope for the future.

"Maybe next winter we can be friends again. But until then, please lose my address.

Officials considered dumping the latest snow by the truckload into the ocean -- but now say they'll probably abandon that plan -- and forecasters warned that more snow is possible Thursday and again over the weekend.