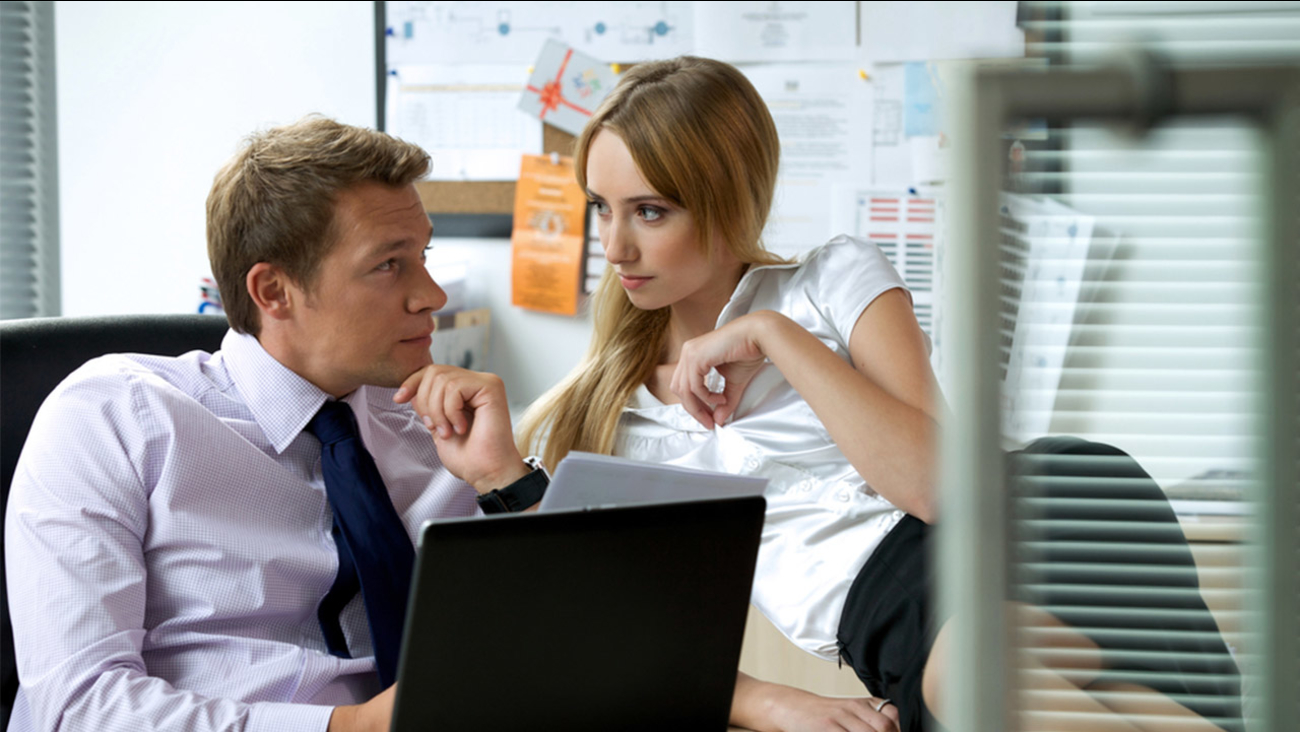 The clothes came off as the lights came on last Friday in a new Zealand office building, and the romantic romp may cost two people their jobs.

It may also cost an insurance executive his marriage because his wife learned about the affair on Facebook.

The woman at the centre of the #officeromp is "lovely" and made a mistake, says ex-fiance http://t.co/fpFVlSbWTo pic.twitter.com/7giXQvXPvg

The executive and a younger co-worker left the office lights on and seemed unaware that their hour long, amorous interlude was being watched through the window by a bar full of people across the streets. The bar customers clapped and cheered as the action went on.

"The band that was playing at the time stopped because everyone else was more interested in watching them. We all had a good laugh. It was the highlight of the night" one customer told 3 News NZ.

The drinkers also took lots of photos and videos and began posting them immediately on social media. The executive's wife was among those who saw it on Facebook.

"She had no idea until she came across it on Facebook on Monday night. She's in pieces and can't even speak to him," a friend told The New Zealand Herald.

The insurance company is now investigating and both employees are off the job in the meantime, but the bar patrons who taped the affair are also taking criticism with many people saying they invaded the couple's privacy.

Still a New Zealand lawyer says it's unlikely the police could take action if a complaint was made.

"The people who were watching, we may criticise them for a lapse of decency, but it is unlikely there'd be any legal liability for their action. I don't think there is a privacy issue given that they chose to act in this way in a very public manner, in a lit building," Employment lawyer Kathyrn Dalziel told 3 News NZ.


The young employee's fiance says he found out about the affair on the news. He's now called off the engagement and told reporters it's a said day for everyone involved.

"She a really nice person, she never made any mistakes, but unfortunately she made this one and it's gone world-wide," he told a New Zealand radio station.

The ex-fiancé of a woman caught in an office sex romp says the wedding is off: http://t.co/0aLGzDrElK pic.twitter.com/VrAphr3Hpv