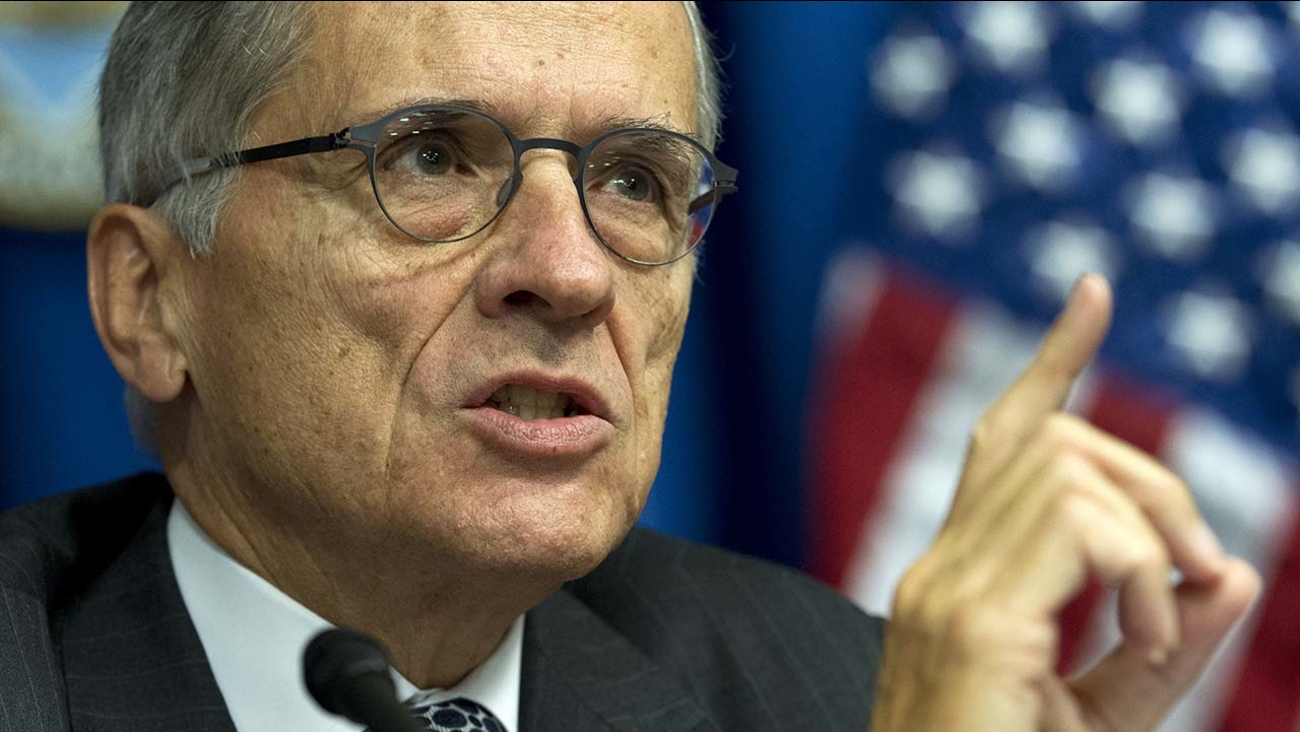 AP
WASHINGTON -- Declaring that the Internet must not be taken over by big business interests, a top U.S. regulator on Wednesday proposed dramatically expanding the government's power to oversee Internet service providers and establishing new rules that would prohibit companies from blocking or slowing data.

Federal Communications Commission Chairman Tom Wheeler's proposal was a victory for consumer advocates who support "net neutrality," the idea that Internet providers allow data to move across its networks without interference. Open Internet rules had been in place but were recently knocked down by a federal court.

Wheeler's approach attempts to erase any legal uncertainty by reclassifying the Internet as a telecommunications service and regulating it much like telephones. The rules would apply to both wireless and wired services. Republicans and industry officials say that would discourage investment and increase taxes.

The FCC will vote Feb. 26 on the proposal.

"It is counterproductive because heavy regulation of the Internet will create uncertainty and chill investment among the many players - not just Internet service providers - that now will need to consider FCC rules before launching new services," said Michael Glover, Verizon senior vice president and deputy general counsel.

But Wheeler and consumer groups said the move is necessary to prevent providers from creating slow or fast lanes on the Internet in which content companies like Netflix can pay to jump to the head of the queue.

"My proposal assures the rights of Internet users to go where they want, when they want, and the rights of innovators to introduce new products without asking anyone's permission," Wheeler wrote in an opinion piece that Wired magazine posted online.

Wheeler's plan is an aggressive leap in Internet regulation in an industry that has so far seen little government oversight. The proposal calls for treating Internet service like a public utility, although Wheeler said he would not use the new regulations to tell broadband providers how much to charge customers, as the law would allow. Industry is fighting this approach because it says it's only a matter of time before the rules grow more stringent and the FCC is regulating how much Internet providers can charge.

"Despite the repeated assurances from the president and Chairman Wheeler, we remain concerned that this proposal will confer sweeping discretion to regulate rates and set the economic terms and conditions of business relationships," said Michael Powell, head of the National Cable and Telecommunications Association and former FCC chairman.

Sen. John Thune, chairman of the Senate Committee on Commerce, Science, and Transportation Committee, called the plan "radical" and a "power grab" by the FCC.

Wheeler's plan aligns the former telecom lobbyist with President Barack Obama, who has called on the FCC specifically to regulate the industry under Title II of the 1934 Communications Act. But assuming the FCC adopts the new rule, which is considered likely because of the commission's Democratic majority, the next stop will be the courts. Industry lobbyists say it's likely that one of the major providers will sue and ask the court to suspend enforcement pending appeal.

Lawmakers could step in to resolve the uncertainty. But that is considered unlikely in the near term. Because Wheeler's proposal satisfies consumer advocacy groups, Democrats would have little incentive to revisit the issue. And while Republicans have the votes to ram though their own anti-regulation legislation without Democratic support, Obama would veto it.

So far, Republicans have pitched an idea that would enforce basic open Internet rules but also could strip the FCC of its ability to help local municipalities build their own broadband - a nonstarter for Obama and congressional Democrats who say poor and rural areas have been left behind in the deployment of high-speed Internet.