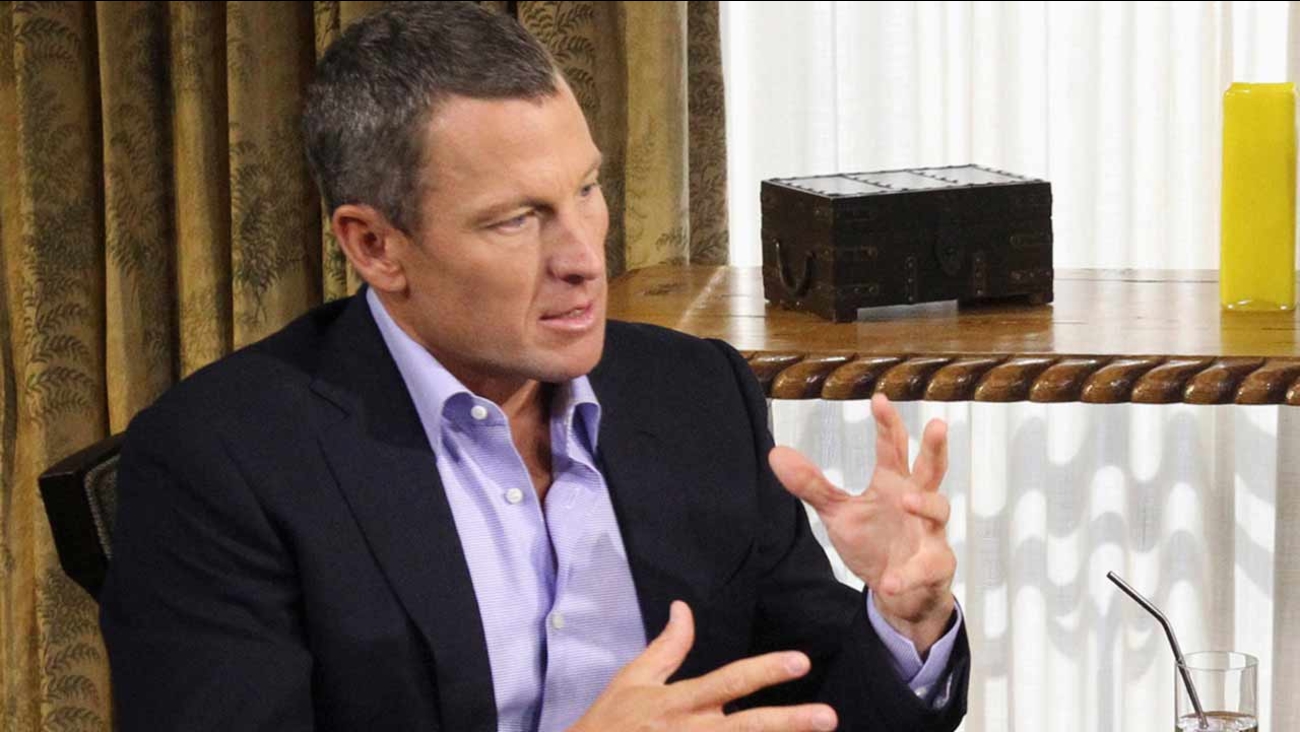 Police cited Armstrong with failing to report an accident and speeding weeks after the Dec. 28 accident, but only after his girlfriend, Anna Hansen, acknowledged lying for him.

Hansen initially told police she had been driving home from an Aspen Art Museum party when she lost control of Armstrong's GMC Yukon on icy roads, hitting the cars. She said she drove because "Lance had a little bit to drink," according to the reports.

A man who had been renting one of the damaged cars told a police detective that Hansen came running up to his house in high heels, apologizing and promising to pay for the repairs.

"She said, 'I'm Anna, we're the Armstrongs, my husband's Lance, he was just driving maybe too fast around the corner or something,'" the man, Thomas Van Allen, told police, according to the reports.

Detectives later interviewed Hansen, who eventually told them Armstrong was driving, but the couple had decided to let her take the blame.

"We've had our family name smeared over every paper in the world in the last couple of years and honestly, I've got teenagers, I just wanted to protect my family," Hansen told police, the reports state. "I thought, gosh, Anna Hansen hit some cars, it's not going to show up in the papers, but Lance Armstrong hit some cars, it's going to be a national story."

Failure to report an accident is a misdemeanor punishable by up to 90 days in jail and a fine of between $150 and $300. Driving too fast for conditions is punishable by a fine between $15 and $100.

Hansen is not charged with a crime.

The Aspen Daily News first reported the citation. Armstrong is scheduled to appear in court March 17.

Armstrong won the Tour de France every year from 1999 to 2005. Those titles were stripped after a massive report by the U.S. Anti-Doping Agency detailed the use of performance enhancing drugs by Armstrong and his U.S. Postal Service teammates.