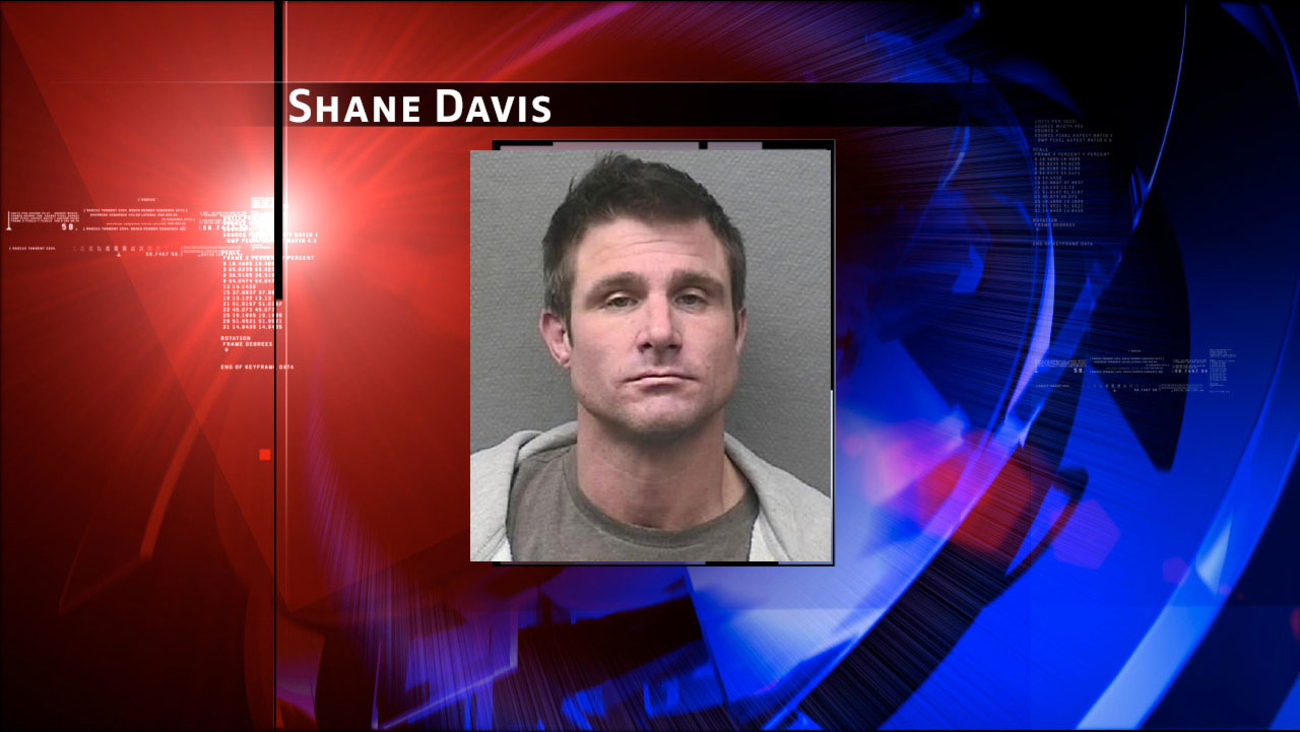 HOUSTON (KTRK) -- A man is in custody, accused of trying to kidnapping of a woman and child last month in Memorial Park.

Shane Davis, 41, is charged with attempted kidnapping. According to Houston police, on January 28 at a little after 9am, a 37-year-old woman and her 3-year-old daughter were walking in the park when Davis approached them, claiming he was the little girl's father.
The woman says she then took her daughter to a safe area and then to her vehicle in the parking lot.

Investigators say the suspect had pulled his truck, a red Dodge Ram 1500, to the area where the victim was parked and tried to block in the woman's vehicle. The victim did manage to leave the parking lot and drove away.

The victim says Davis pursued her car for several miles, but drove away when he saw the woman trying to get the attention of an officer.

A witness at the park reportedly called 911 and provided investigators with a possible license plate on the suspect's truck. Further investigation led to the identity of Davis. Davis was arrested Saturday without incident.

Investigators ask anyone who may have been victimized or approached in a similar manner by Davis to contact the HPD Homicide Division at 713-308-3600.