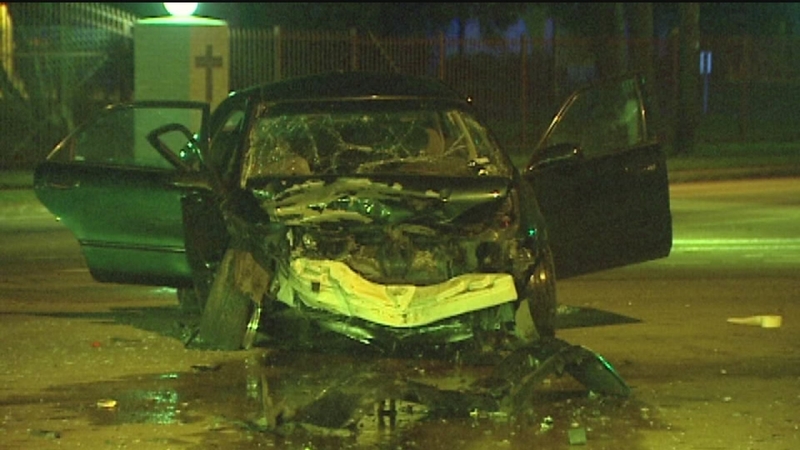 It happened about 12:30am at the intersection of West Montgomery and Victory.

Investigators say the driver of a car was headed south on West Montgomery when he attempted to make a left turn. Police say he collided with a car heading northbound. A total of five people were injured, including a 13-year-old boy.

The crash made such a loud sound that woke up neighbors who were sound asleep. That included a local pastor Steven Williams. Once outside, Williams and some other neighbors realized there was a crash and there were victims. They rushed over to try and help.

Police say all five victims were transported to nearby hospitals. They all had non-life-threatening injuries.

Investigators do believe that alcohol may have played a role.