Pawn shop employee tries to arm herself in armed robbery; 4 sought in theft 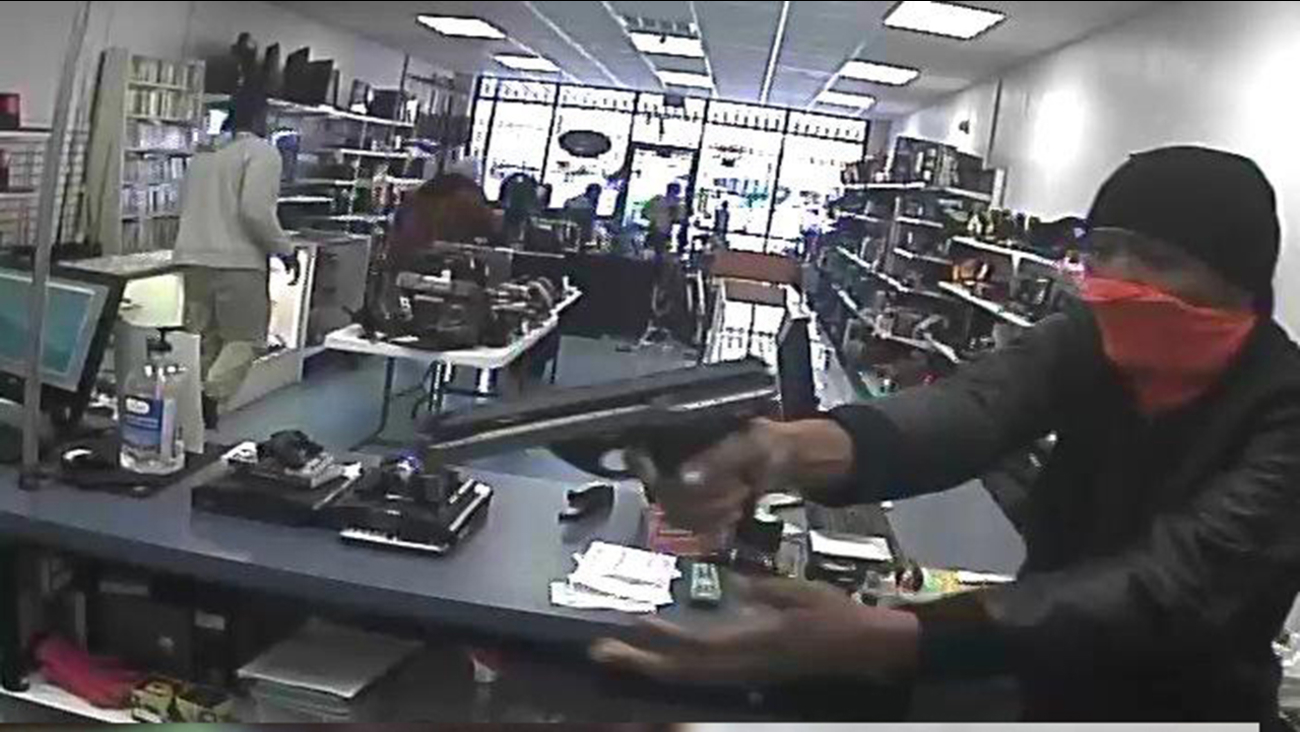 HOUSTON (KTRK) -- Authorities say a female employee at a Harris County pawn shop tried to defend herself against armed men in a January robbery, but ended up opening the store's safe. Now, law enforcement is asking for the public's help to identify the men they say rushed her and robbed the store at gunpoint.

According to the Harris County Sheriff's Office, three black men entered the store in the 6100 block of FM 2920 on January 14 wearing bandannas over their faces. Authorities say the woman -- the only employee in the store at the time -- ran to a back room to get a shotgun. As she grabbed the shotgun, authorities say one of the suspects faced her and pointed a gun at her. The masked man ordered her to disarm and open the store safe, they say.

The woman opened the safe and deputies said the suspects took all the cash inside, as well as swiped customers' belongings, as well as items on store shelves.

Once the masked men left, the victim tells law enforcement she tried to call 911, only to learn the store's phone line was cut.

The Sheriff's Office and Crime Stoppers are looking for the four suspects involved. The suspects got away in a new-model, black Toyota Camry with a missing hubcap in the right wheel.

Security cameras were able to capture a clear picture of one of the suspects.

A $5,000 reward is being offered for information leading to identify and arrest the aggravated robbery suspects.

Anyone with information about these suspects is urged to call Crime Stoppers at 713-222-TIPS.