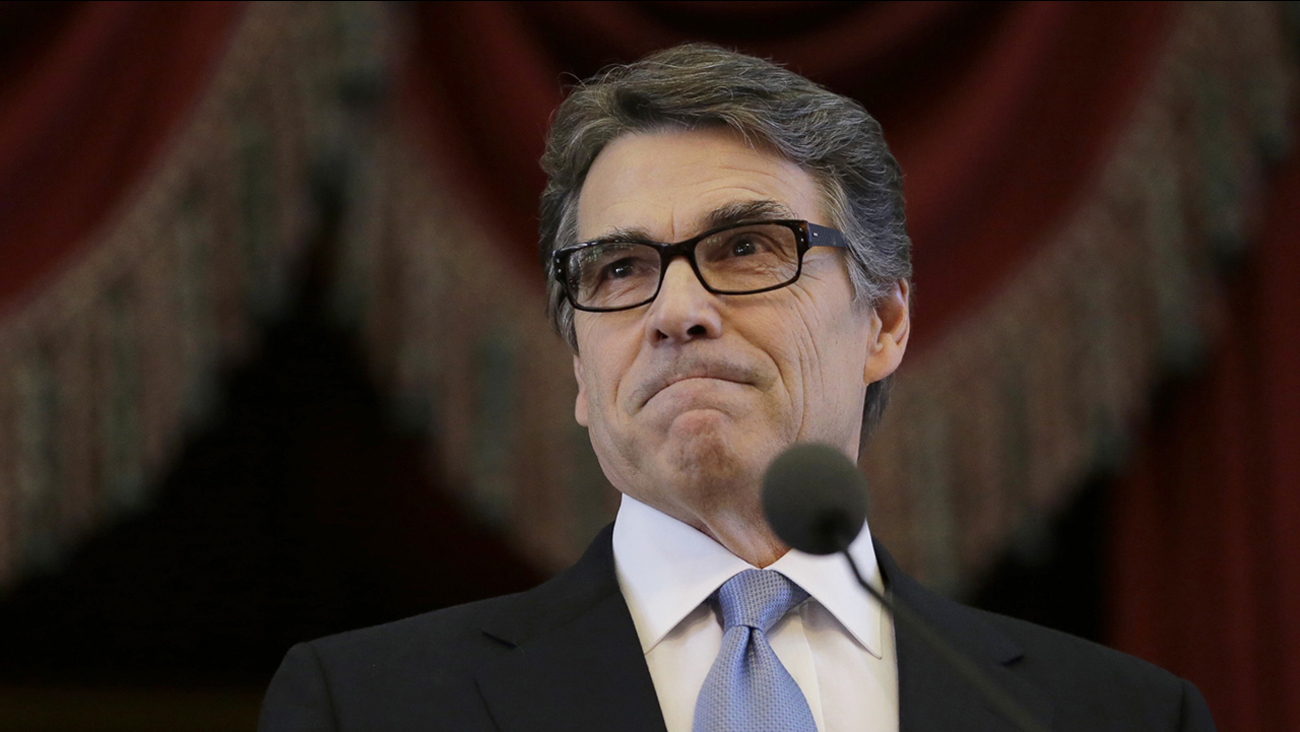 The Republican said Wednesday "we're moving right along as expected" and mentioned visiting Iowa and South Carolina this week.

At issue is Perry's threat and subsequent carrying out a veto of state funding for public corruption prosecutors in 2013.

Perry says he'd issue the veto again if given the chance, saying he's "proud to stand for the rule of law."

Perry was Texas' longest-serving governor and left office last week. He plans to announce a possible White House run in May or June.