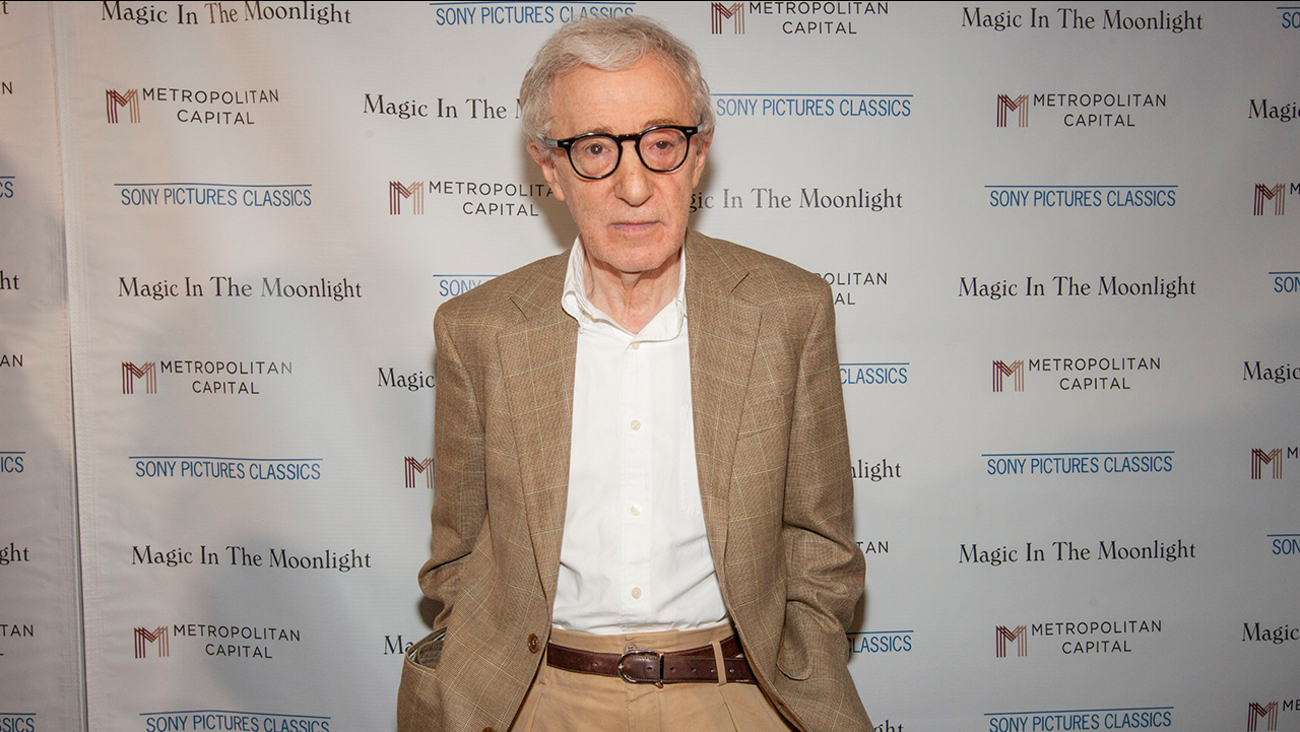 Woody Allen seen at the Magic In The Moonlight screening, on Saturday, July 19, 2014 in Chicago. (Photo by Barry Brecheisen/Invision/AP)

The Oscar-winning filmmaker will write and direct all of the episodes of the half-hour series. A full season has been ordered for Amazon's Prime Instant Video, the company announced Tuesday. The series is expected to premiere in 2016.

No details on casting were disclosed, nor was the series title announced.

Amazon Studios vice president Roy Price called Allen "a visionary creator who has made some of the greatest films of all time," keeping him "at the creative forefront of American cinema" during a career that spans 50 years.

"I don't know how I got into this," the 79-year-old Allen said in a wryly modest statement. "I have no ideas and I'm not sure where to begin. My guess is that Roy Price will regret this."

Allen has masterminded and often starred in more than 40 films since his maiden directorial effort, "What's Up Tiger Lily?" in 1966. His latest movie project is "Magic in the Moonlight," released last year, with yet another film in the pipeline for this year.

The late 1970s saw two of his most celebrated films, "Annie Hall" and "Manhattan."

He has won four Oscars and two Golden Globes. Last year he was presented with the Golden Globes' Cecil B. DeMille Lifetime Achievement Award.

But his skills were honed on television, where he first gained widespread notice in the early 1960s as a standup comic, and during the 1950s, when he wrote for Sid Caesar and other TV stars.

His prodigious output through the decades has also included magazine essays, books and plays. A musical adaptation of his 1994 film comedy, "Bullets Over Broadway," ran on Broadway last year.

Morningstar analyst R.J. Hottovy estimates Amazon spent nearly $2 billion on streaming license rights and original content in 2014, of which Amazon Studios would amount to about $400 million.

Amazon's goal is not only to develop successful TV shows but also to grow its $99 annual Prime loyalty program membership by bolstering the Prime Instant Video component of the loyalty program.