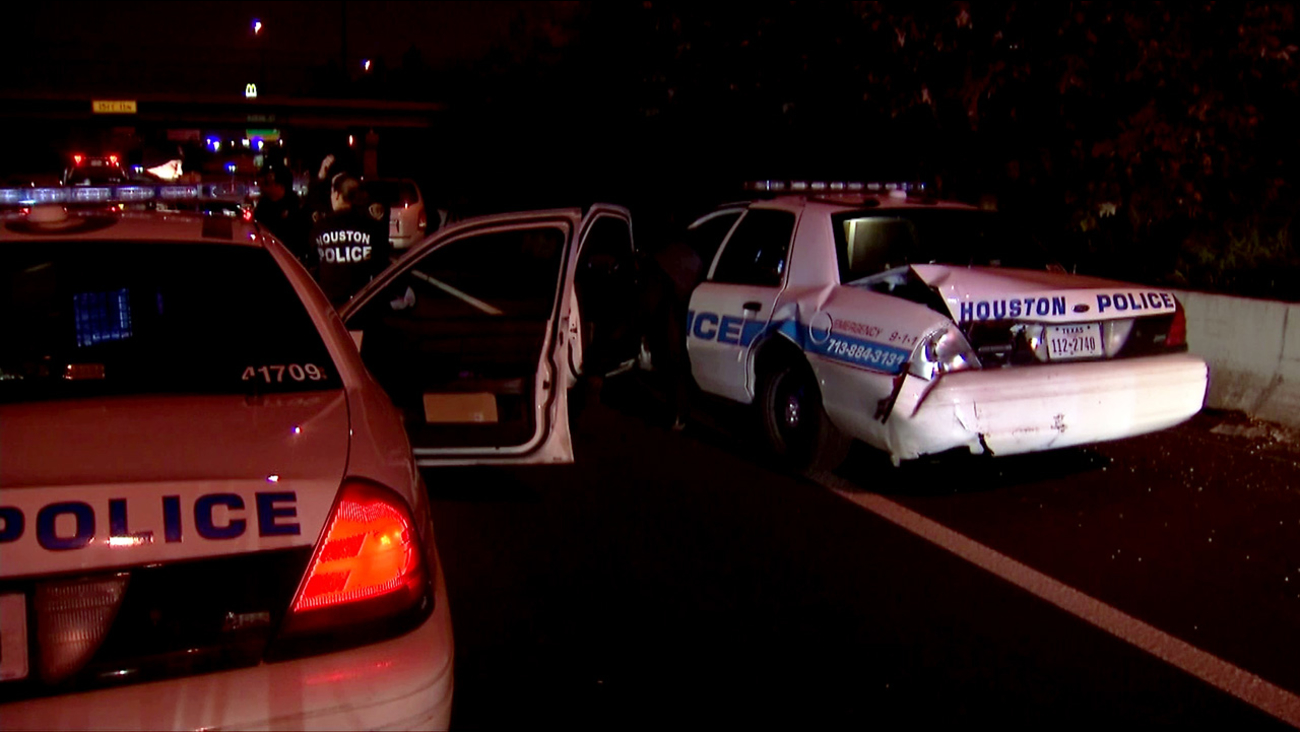 The crash happened early this morning after two patrol cars had pulled someone over for a routine traffic stop. The officers were still in their patrol cars when the driver slammed into both units.

The suspected drunk driver and both officers were not hurt, but a passenger in the suspect's car was taken to the hospital. That person's injuries are unknown.

Charges against the suspected drunk driver are pending.