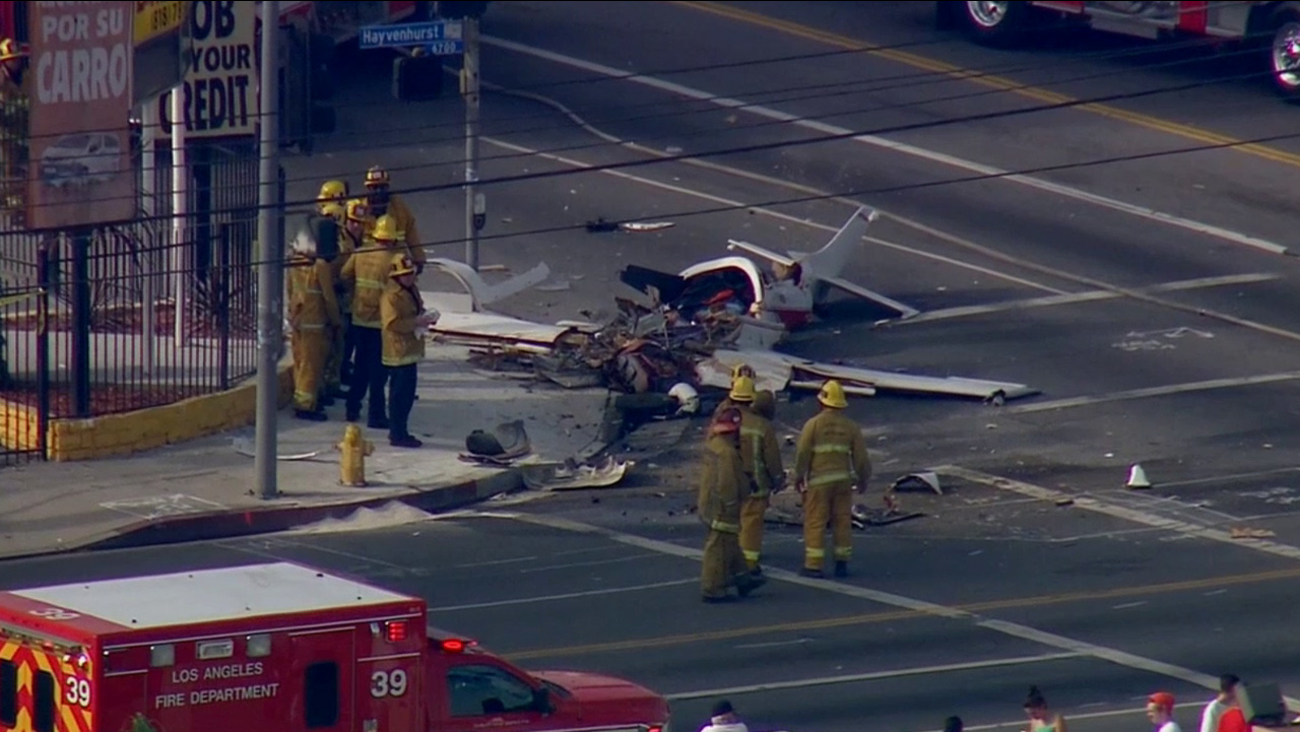 Firefighters examine the wreckage of a small plane at the intersection of Vanowen Street and Hayvenhurst Avenue in Lake Balboa on Friday, Jan. 9, 2015.

KABC
By ABC7.com staff
LOS ANGELES, CA -- One person has been declared dead after a small plane crashed in an intersection near the Van Nuys Airport Friday.

The crash was reported at about 1:20 p.m. at Vanowen Street and Hayvenhurst Avenue in the Lake Balboa district.


One person on board was declared dead at the scene. Their name has not been released. No other injuries were reported.

The single-engine Lancair did not hit a vehicle or structure when it crashed, and it also did not catch fire, officials said.

It is not yet known what caused the plane to crash.

The intersection has been shut down due to the investigation. Drivers were advised to avoid the area.
Related topics:
u.s. & worldplane crash
Copyright © 2020 KABC-TV. All Rights Reserved.
More Videos
From CNN Newsource affiliates
TOP STORIES