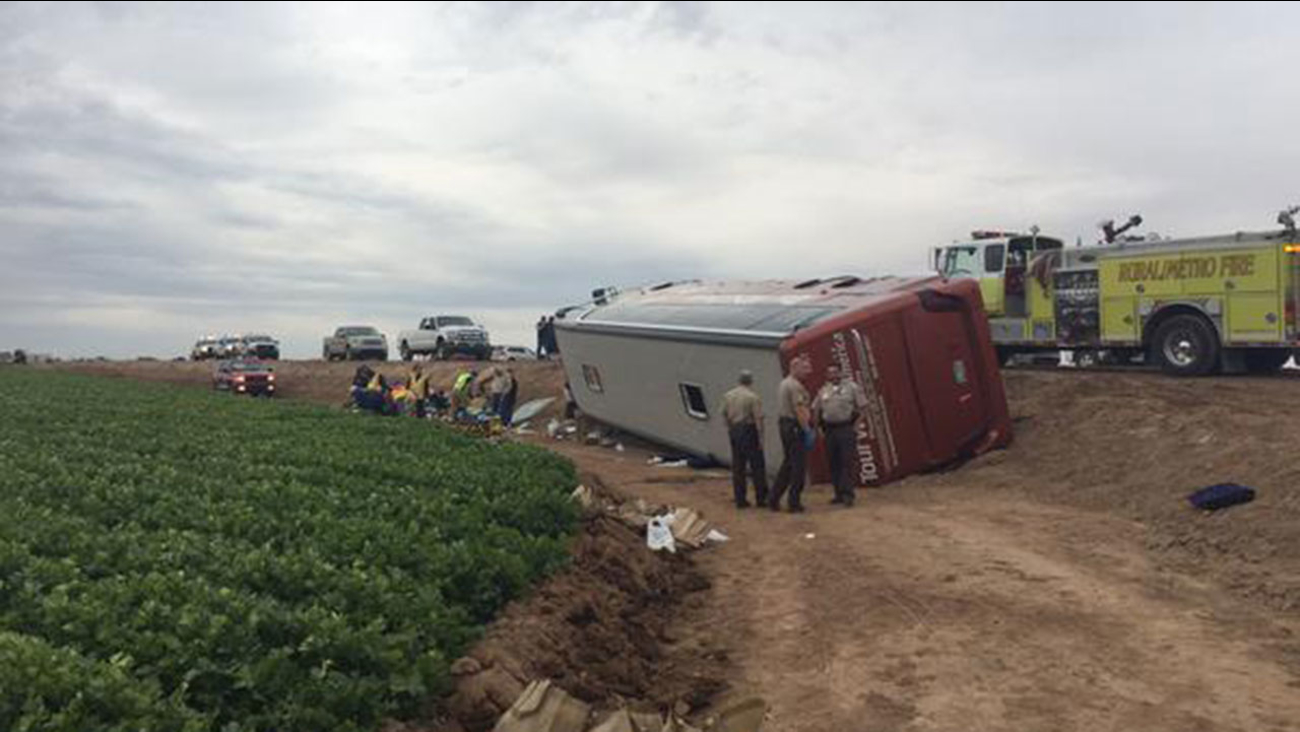 YUMA, AZ -- A tour bus on an agricultural sightseeing trip crashed Thursday near the Arizona-Mexico border, injuring more than 20 people.

Yuma County Sheriff's Office spokesman Alfonso Zavala said the bus had been on a dirt road and flipped onto its side while attempting a turn on an embankment.

It was carrying 52 people, including 23 who were hurt.

Two were flown to Phoenix-area hospitals from the crash site, Zavala said. However, none of the injuries appeared to be life-threatening.

The other 21 people hurt were taken to a hospital in Yuma, a border town about 150 miles east of San Diego. Most of them suffered minor injuries, Yuma Regional Medical Center spokeswoman Jenn Lotz said.

Those patients ranged from 27 to 82 years old, she said. No other details about the injured were immediately available.

The sheriff's department is investigating the morning crash. It's too early to say what caused it, Zavala said, but it appears the bus's back tires went into soft, sandy soil on the embankment.

The bus had been on a dirt field-access road and was trying to reach another road alongside a canal.

Agriculture tours are quite common in Yuma, known as the "lettuce capital of the world." The bus crash occurred as the group was viewing a field of cabbage and celery crops, Zavala said.

The bus is operated by Phoenix-based Tour West America. A woman who answered the phone at the company's Yuma tour office said officials were still trying to gather information.