Suspects jump from freeway wall in effort to elude police

KTRK
1 / 10
Cory Tauton
KTRK Photo/ Pearland Police Department
HOUSTON (KTRK) -- A high speed police chase came to a dramatic end today when two suspects tried to make a run for it, even jumping from the Beltway.

It all started when Pearland police got a call of a suspicious person, knocking on doors at a neighborhood, and when they checked it out, the chase began.

Several suspects in a minivan led police from multiple agencies on a high speed chase for close to half an hour. When they reached southwest Houston, the vehicle pulled over on Beltway 8 near W. Airport. At that point two males climbed from the back of the van and jumped over a retaining wall onto a grassy area about 20 feet below.

They didn't appear injured from the fall, and took off on foot.

The suspects ran to a nearby business and reportedly tried to get in. A security guard there says he turned them away. Police soon caught up with the two outside the business. 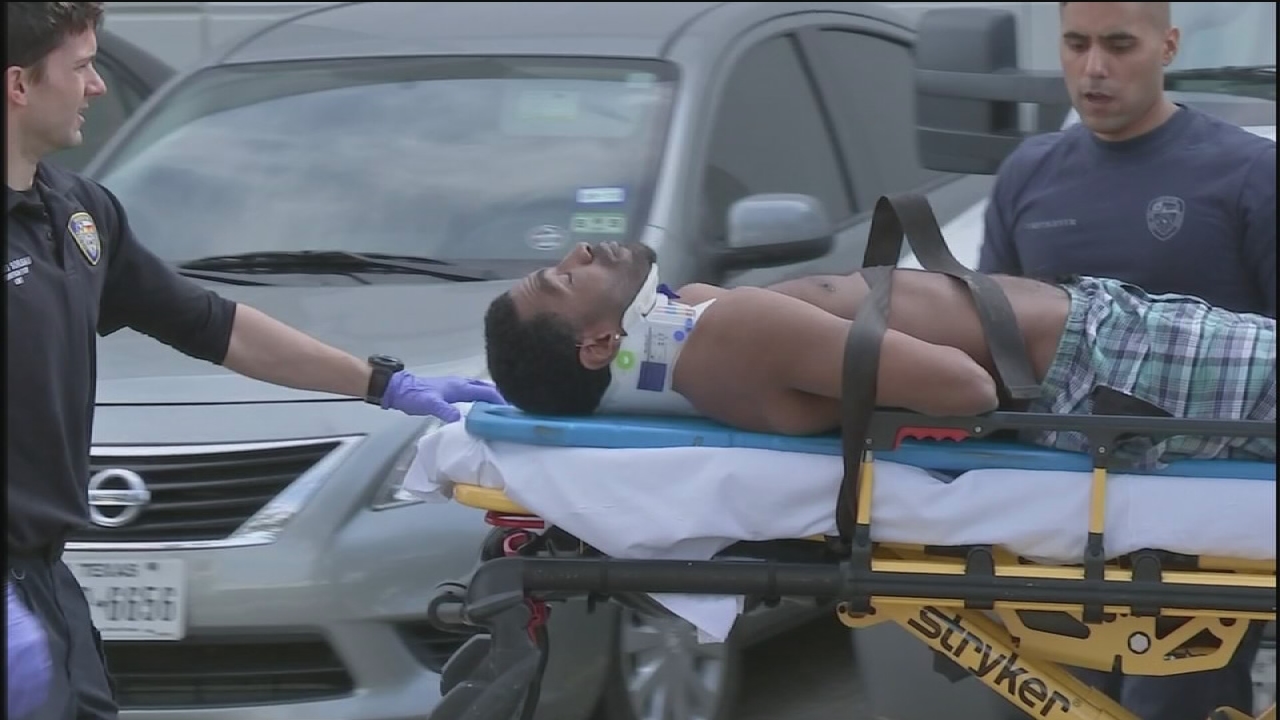 Suspects jumped wall in their effort to flee
One of the suspect s was unconscious at the end of the chase
When our crew arrived, we saw one of the suspects in the back of a squad car, but the other was on the ground unconscious. He was taken by ambulance from the scene. At this point, we don't have word on his condition. We also don't know why the suspects were running from police.