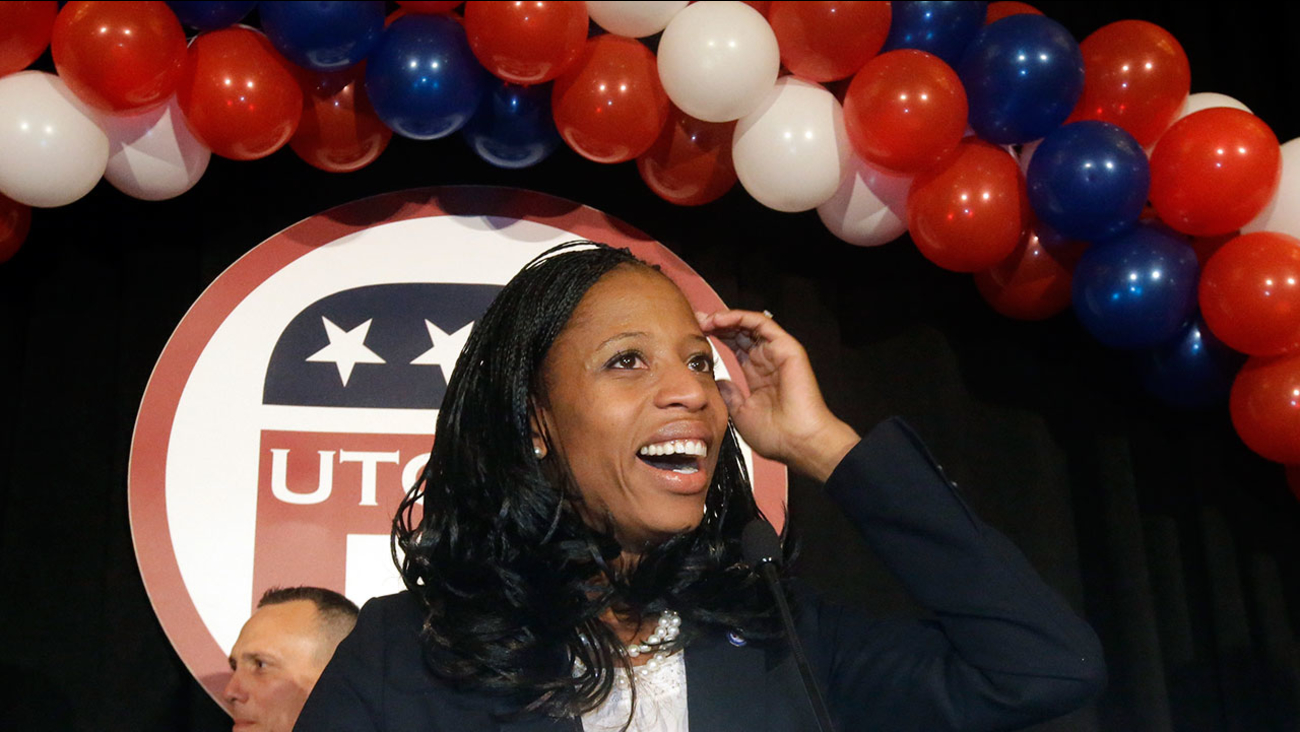 Love, the 39-year-old former mayor of Saratoga Springs, was sworn in Tuesday along with 57 other freshmen in the U.S. House.

Her history-making election in November in Utah's 4th District drew national attention and helped secure Love's status as a standout of the incoming GOP lawmakers.

She is part of a small group of black Republicans in the new Congress.

Love is also becoming a member of the Congressional Black Caucus.

THIS IS A BREAKING NEWS UPDATE. Check back soon for further information. AP's earlier story is below.

Mia Love of Utah will become the first black female Republican in Congress when she is sworn in Tuesday along with 57 other freshmen members of the U.S. House.

Love, the 39-year-old former mayor of Saratoga Springs, was elected in November in Utah's 4th District.

She already has started making appearances on cable news channels and Sunday talk shows, most recently as a guest on ABC's "This Week."

Love didn't emphasize her race during her campaign in 2014 and an unsuccessful bid in 2012, but she acknowledged the significance of her election after her victory in November.

Love said her win defied naysayers who suggested a black, Republican, Mormon woman could not be elected to Congress from Utah.

Love will be part of a small group of black Republicans in the new Congress and said she plans to join the Congressional Black Caucus.