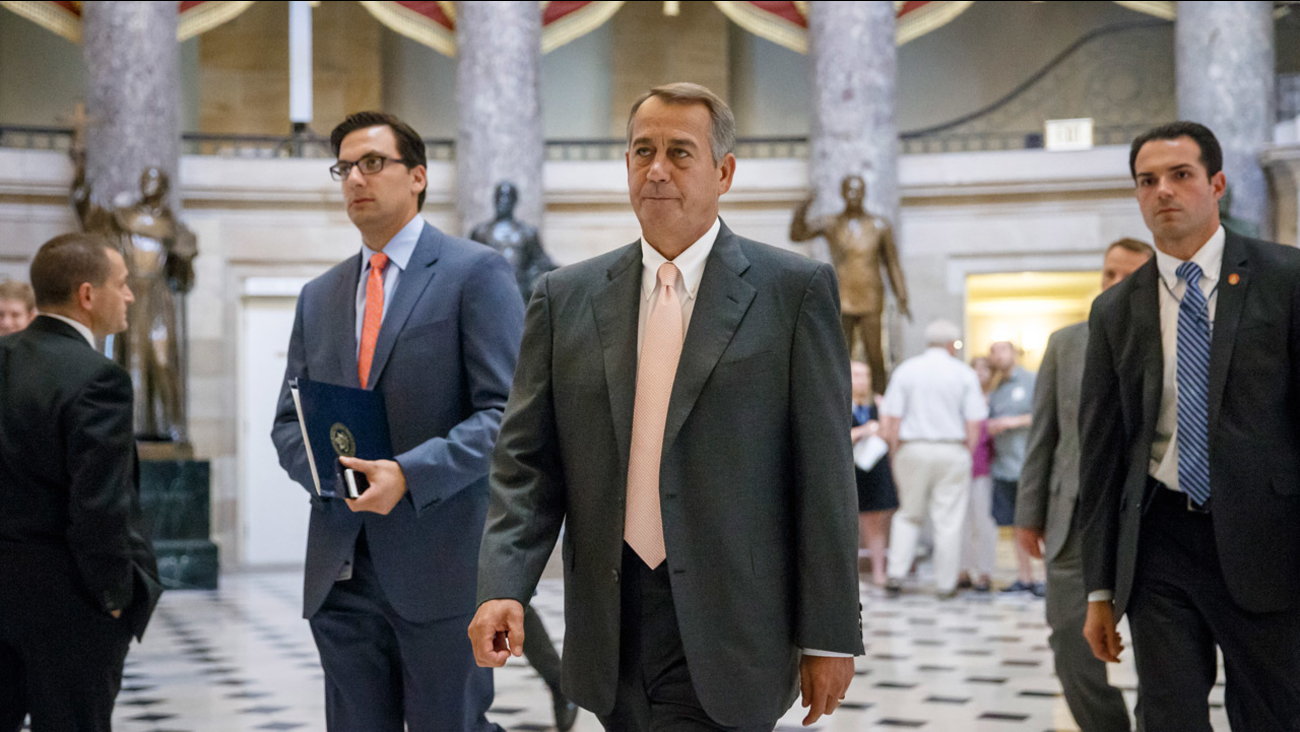 In this July 30, 2014 file photo, Speaker of the House John Boehner, R-Ohio, strides to the chamber as lawmakers prepare to move on legislation against President Obama. (AP Photo/J. Scott Applewhite)

WASHINGTON -- The House has re-elected John Boehner to be speaker in the new Republican-led Congress, despite opposition by tea party lawmakers that underscored party divisions.

The Ohio Republican garnered the votes of 216 GOP lawmakers as Congress convened Tuesday. That was enough for him to win a third two-year term leading the House.

But in an embarrassing slap, 25 Republicans voted for other candidates or voted present. They consider Boehner to be too accommodating and not conservative enough.

Their repudiation of Boehner was an awkward display of GOP schisms at a time when party leaders want to show voters that they can govern effectively. They want to show they won't be forced by tea party legislators into unwinnable, unpopular showdowns with President Barack Obama.
Related topics:
politicscongress
Copyright © 2020 by The Associated Press. All Rights Reserved.
More Videos
From CNN Newsource affiliates
TOP STORIES