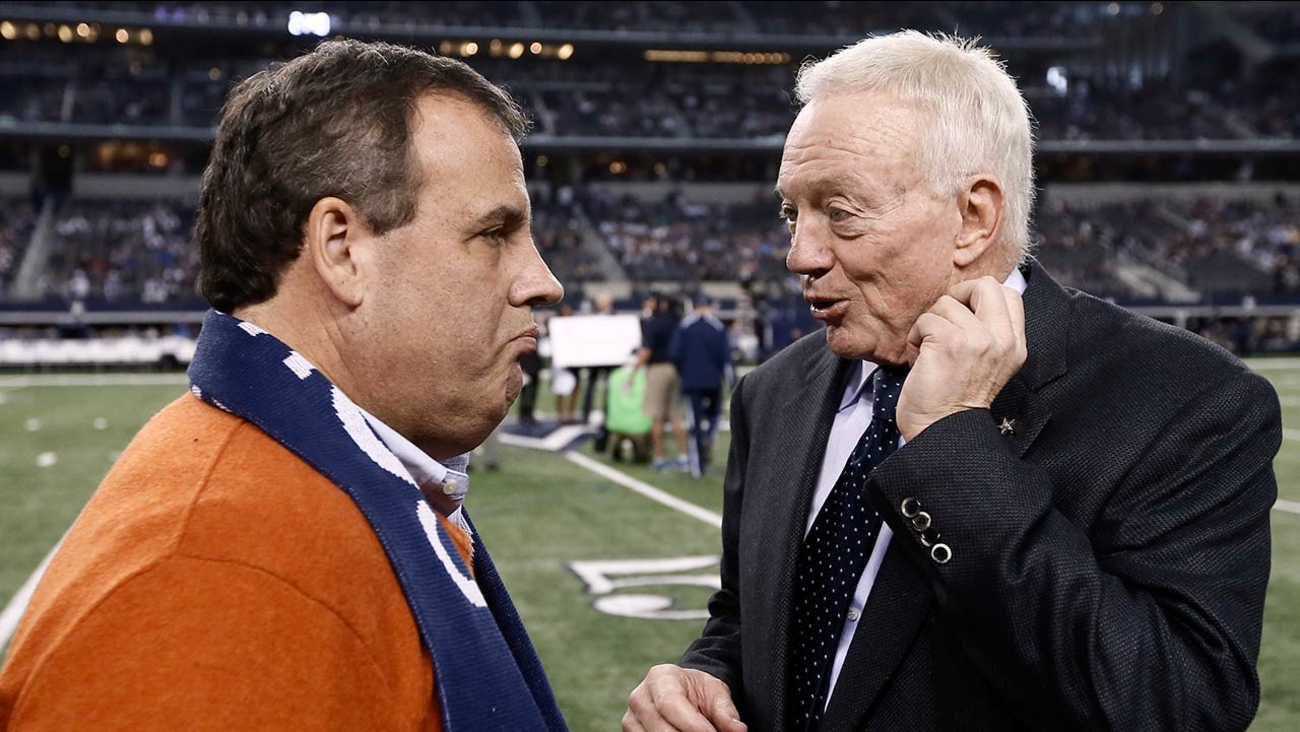 But it did help him get a prime spot for Sunday's playoff game between Dallas and Detroit.

The governor is expected to be in Green Bay next weekend when the Cowboys meet the Packers in the divisional round of the NFL playoffs.

Meanwhile, Twitter is abuzz again after television footage of Christie celebrating. He was briefly seen hugging Jones and others after the Cowboys clinched the win.

Some tweets joked that Jones rejected Christie's attempt at a high-five. Others say Christie has become a good-luck charm for the Cowboys.

Christie has taken considerable ribbing about his allegiance to the Cowboys, who are bitter rivals of the Philadelphia Eagles and New York Giants, teams favored by most New Jerseyans.

Christie has said he's been a fan since he was a kid and isn't ashamed of it.

The governor's brother Todd responded to critics in a Facebook post:
"To all of those non Cowboy fans who have their panties in a ringer because the Governor of NJ is a Cowboys fan---GET A LIFE !!! The Gov has been a Cowboys fan for his entire life and ALL of you would sit with the owner of your favorite team in a heartbeat if given the chance. I'm a Giants fan---we are sitting home for the fourth straight year. Eagles fans---possibly you should worry more about the fact that your sorry ass team has never won a Super Bowl and less about who's rooting for which team. I mean crazy pathetic posts. And for every calorically challenged FB person who posts about the Gov's weight--forget the magic mirror and look at yourself. Weight posts---really?"