Reward raised to $12,500 for Texas Most Wanted Fugitive 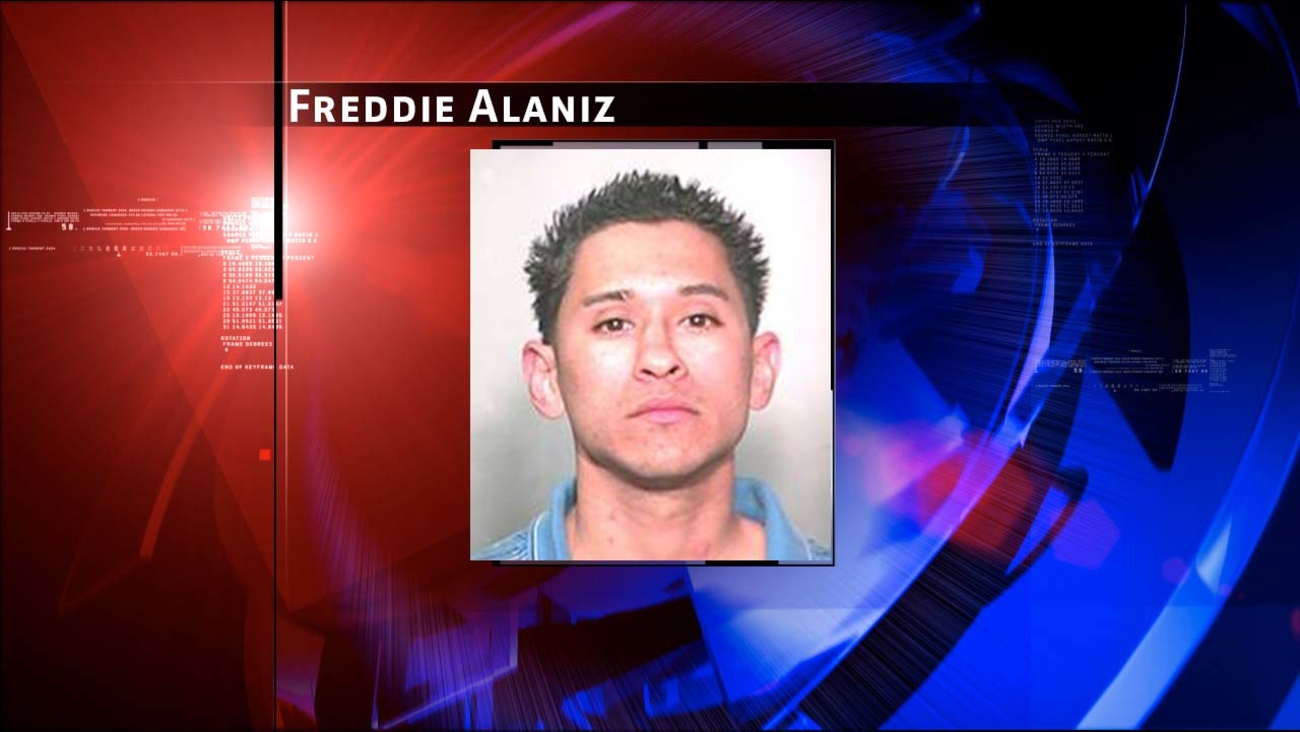 HOUSTON (KTRK) -- Authorities have raised the reward for Texas Most Wanted Fugitive, Freddie Alaniz, to $12,500.

Law enforcement is looking for tips to find Alaniz, 34, who is wanted for murder, sexual assault of a child and possession of marijuana.

The reward will be given if tips are submitted during the month of January.

Alaniz was arrested in February 2006 for aggravated assault in San Antonio for allegedly stabbing a man during a fight. However, Alaniz was able to make bail and subsequently fled, according to law enforcement.

The victim later died as a result of his injuries, and the Bexar County Sheriff's Office issued an arrest warrant for Alaniz on the charge of murder in August 2006.

Alaniz's arrest warrant for sexual assault of a child stems from a 2006 incident in Zavala County.

Alaniz is 5 feet 3 inches tall and weighs approximately 120 pounds; however, authorities say his appearance may have changed significantly (the photo is from 2006). He has tattoos on his left hand, legs, right arm and shoulder.