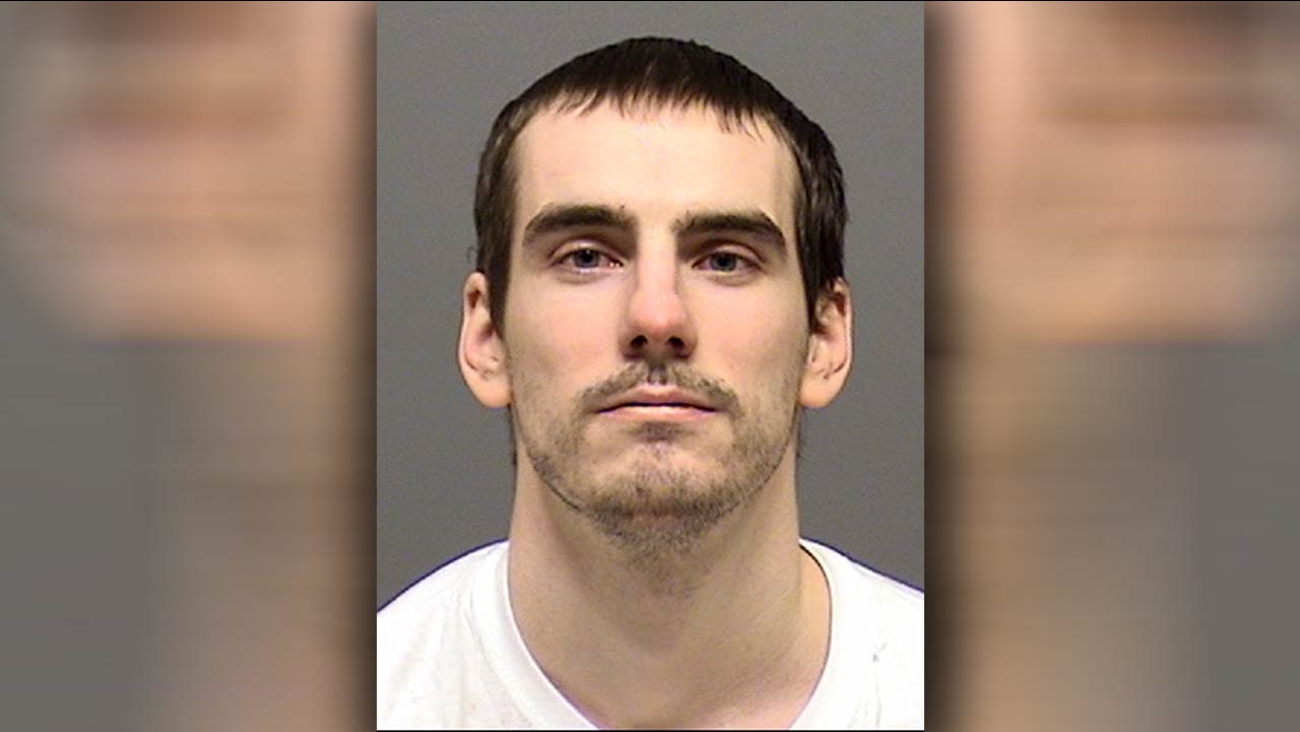 PORTLAND, OR -- The "TriMet barber" has cut again, authorities say.

Jared W. Walter, 27, of Milwaukie, Oregon, was booked into jail on charges of harassment and a parole violation after cutting a woman's hair in the checkout line at a Dollar Tree store, Oregon City police Sgt. Matthew Paschall said Wednesday.

Walter got his nickname in 2010, shortly after his arrest for cutting large clumps of hair from three women on Portland-area buses and sticking glue in the hair of another.

He was sentenced to prison for more than two years. Shortly after his release in 2013, he was accused of lewd behavior on a bus, pleaded guilty and served time in jail.

Police went to an Oregon City shopping center Tuesday afternoon after mall security alerted them that a man used scissors to cut the hair of a 31-year-old customer at Dollar Tree. Investigators believe Walter followed the woman around the store before attempting the clip, Paschall said.

"Investigators weren't able to tell, specifically, how much hair he cut; it wasn't like a huge amount," Paschall said. "He went in, and she screamed pretty loud, and that kind of stopped it."

Paschall said patrol officers arrested Walter near the shopping center. Detectives had yet to find the scissors as of Wednesday afternoon.

Walter was being held without bail until his arraignment in an Oregon City courtroom. He will likely be assigned a lawyer at that hearing.

Walter's interest in hair dates to childhood. A prosecutor said after the 2013 arrest that teachers had to separate Walter from girls because he couldn't resist touching their hair.

Walter acknowledged in court paperwork that his crimes resulted from sexual desire. He noted that he has a cognitive disorder stemming from a traumatic brain injury he suffered as a child.

Walter has roots in Texas, and his criminal record, including a burglary conviction, extends to that state.