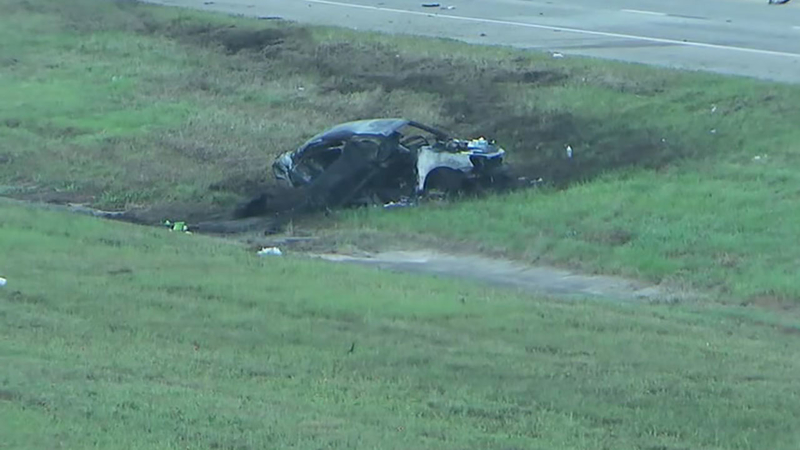 The accident happened westbound on Highway 290 at FM 359 just after 1 a.m. Wednesday.

DPS officials said a 2015 Chevy Impala was speeding westbound and hit a gray Volkswagen, forcing the car off the highway. The impact caused the car to catch fire.

The bodies of all four of the people inside the Volkswagen were discovered after firefighters extinguished the flames.

"First responders cut the top off the vehicle. It looks like back passengers may have been pinned because of the severity of the crash damage to the rear of the vehicle," DPS Officer Richard Standifer said.

Officials said it appears two adults were in the front and possibly a younger person in the back. There is no other description available for the other person inside the vehicle.

The driver of the Impala was taken to St. Joseph Hospital in Bryan. DPS officials have identified the driver as 41-year-old Robert Daniel Maxwell, of Houston.

Troopers believe Maxwell may have been intoxicated at the time of the crash.

Troopers are still working to identify those killed inside the Volkswagen.