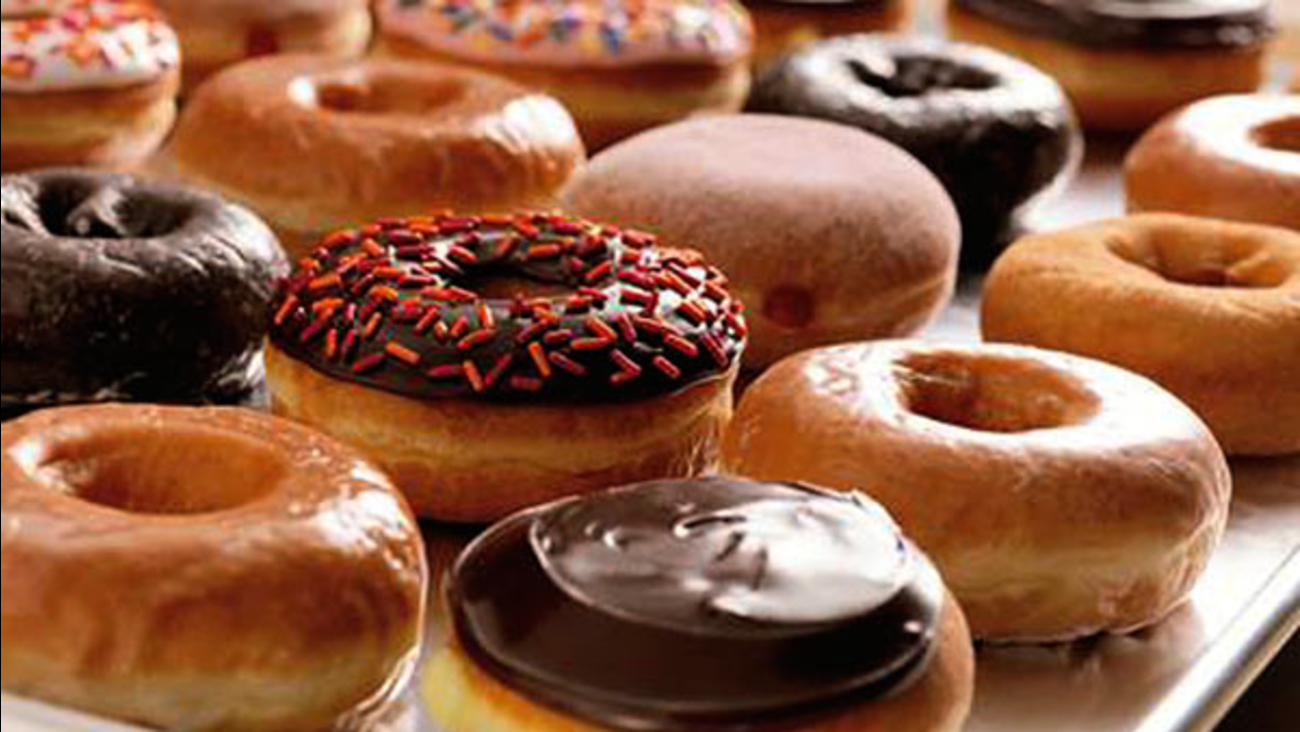 This photo provided by Dunkin' Donuts on Monday, May 5, 2014 shows a selection of the doughnuts they sell. (AP Photo/Dunkin' Donuts)

Shipley Do-Nuts
It couldn't be a donut story without Shipley's on top. Started in Houston by the Shipley family, the franchise has expanded to six states. The flour mixture for all six states is still made daily in the Heights location. We're told that only two or three people know the secret recipe, and maybe the family dog that spends his time in the office.
NATIONAL DONUT DAY DEAL: One free glazed donut for every customer from 5 a.m. until noon, no purchase necessary


Glazed Doughnut Cafe
Glazed off Spanish Trail is home of the specialty and gourmet donuts. They've got ones topped with bacon, cereal, and with an egg sandwiched in between. Become an exclusive member of Glazed Doughnut Caf and earn 2 points for every $1 you spend. Accumulate 50 Points and receive a $2 reward. They're celebrating National Donut Day with a donut burger!


Dunkin Donuts
Everyone knows Dunkin Donuts and the coffee, but do you know about their rewards program? Just by signing up, you get a free coffee and they'll also send you a free coffee on your birthday. For every dollar you spend, you receive five points. When you accumulate 200 points, there's another free coffee headed your way.
NATIONAL DONUT DAY DEAL: One free donut with the purchase of a drink

The perfect way to celebrate #NationalDonutDay. Enjoy a free donut with any beverage purchase today, 6/5! pic.twitter.com/uRjE572zTb

Hugs and Donuts
Hugs and Donuts in the Heights is a newcomer to the area, and is already winning over customers. Creative food geniuses and multiple award-winning food truckers now have the brick and mortar store making gourmet donuts each day.
NATIONAL DONUT DAY DEAL: One free Homer Simpson donut for every customer, no purchase necessary


Christy's Donuts and Kolaches
Christy's is on West Gray near Montrose, but you might have driven by and missed it. But next time you see it, stop in. They have a huge selection of donuts, but they've also got savory items too. They even serve up breakfast tacos.

River Oaks Donuts
The family that owns the River Oaks Donuts shop felt the need to have better donuts in their neighborhood, and they certainly delivered! Each donut is made from scratch every morning.
NATIONAL DONUT DAY DEAL: The first 100 customers will receive a dozen glazed holes for free


The Grove Do-Nutz
The Grove Do-Nutz and Deli in Richmond. These aren't your run of the mill sweet treats -- think even sweeter and more creative. They're drizzled with chocolate, covered with marshmallows, or topped with a Despicable Me minion. The best part about The Grove is they still believe in a baker's dozen. Order any 12 of the unique creations and you get the thirteenth on the house!
NATIONAL DONUT DAY DEAL: One free glazed donut with every purchase


Snowflake Donuts
Snowflake Donuts in Spring comes highly recommended. You may have tried other Snowflake Donut locations in Texas. There's one in San Antonio and another in Boerne. Viewers call this place a nice alternative to Shipley's!

Pena's Donut Heaven and Grill
Unlike other donut shops that close early, Pena's in Pearland stays open to serve the lunch and dinner crowd with burgers, hot dogs, tacos, salads and more. Make sure to try their "dosants" - they're delicately fried croissants with cream cheese filling and powdered sugar and fresh fruit topping.