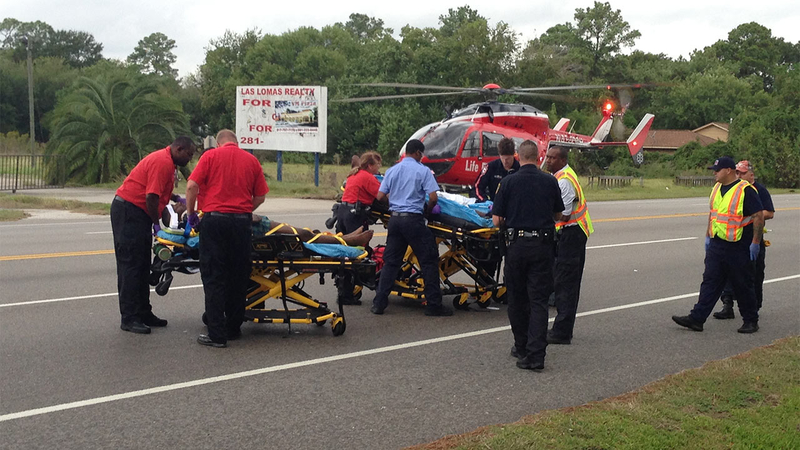 HOUSTON (KTRK) -- An armed robbery in north Harris County Friday ended with three suspects shot, one of them fatally.

It happened at around 10am at the Valu Pawn in the 13500 block of Veterans Memorial. HPD officers say they noticed four armed suspects walk into the business and start to rob the place, smashing display cases and removing items.

They say the suspects noticed them approaching and tried to take off out the rear of the building. That's where the suspects were confronted by officers.

According to investigators, the suspects were ordered to drop their weapons, but didn't. So the officers, fearing for their lives, opened fire, hitting three suspects. One was dead on the scene. The other two were transported via Life Flight.

A fourth suspect took off in a vehicle and was apprehended about a mile from the robbery scene.

Investigators say there may have been a fifth suspect.

No officers or employees were injured. The Harris County Sheriff's Office and HPD are investigating.