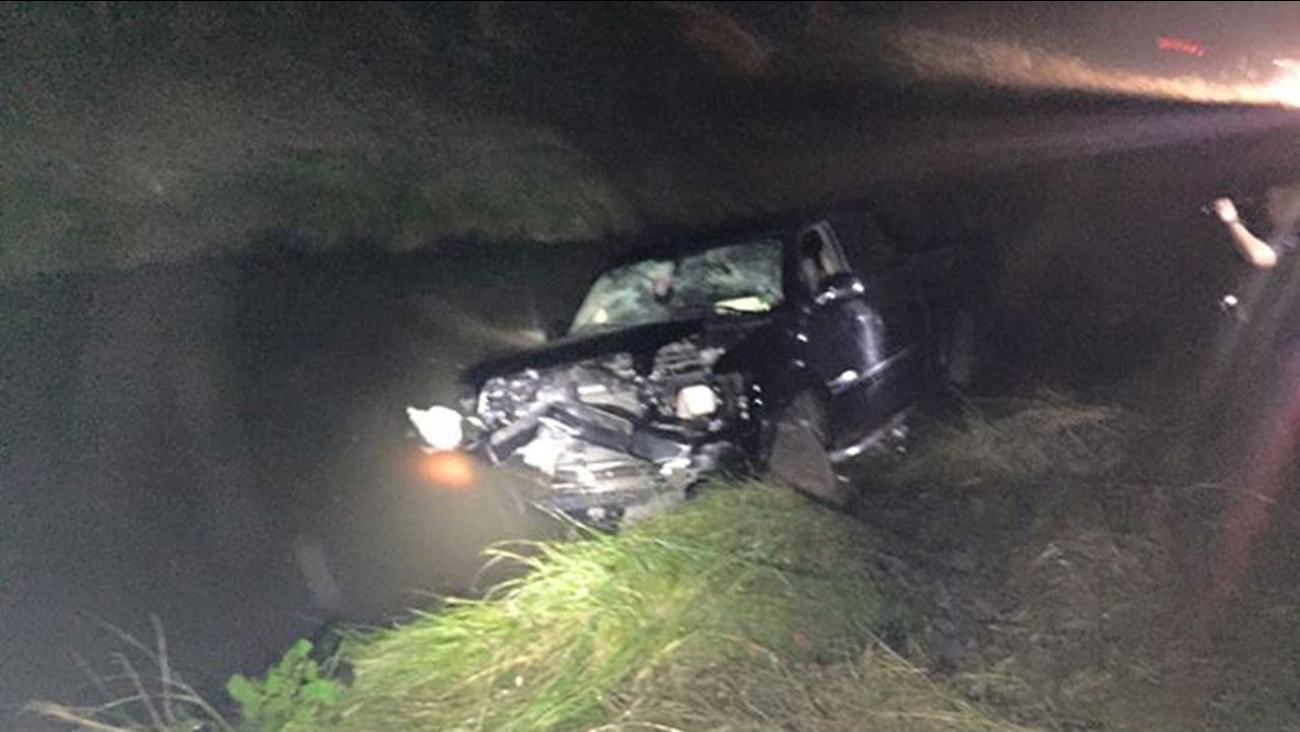 Officers rushed into the water to rescue two people injured in a wreck in Freeport. (Freeport PD)

FREEPORT, TX (KTRK) -- Two people have been seriously injured after police say their vehicle crashed through a dead end and landed in some water.

Freeport police say the victims were traveling southbound on Yaupon Street on Thursday night when the driver had a medical issue, causing him to step on the accelerator.

Investigators say the vehicle hit speeds of up to 70 MPH before it crashed through a dead end at 11th Street, went airborne and splashed down into a body of water.

Police say damage to the vehicle suggests it may have flipped during the collision.

Two officers who arrived on the scene got into the water and pulled the driver and his passenger from the vehicle.

Both suffered severe head injuries and were treated by EMS before Life Flight transported them to a hospital. Their conditions are not known.