KTRK
RICHMOND, TX (KTRK) -- One man is now in police custody after a bizarre incident this morning at William Velasquez Elementary in Richmond.

Fort Bend County authorities tell us two men -- and not teens as previously reported -- were apprehended around 8am in the 400 block of Macek Road today after one man was shooting on the school's roof while the other man played bagpipes. 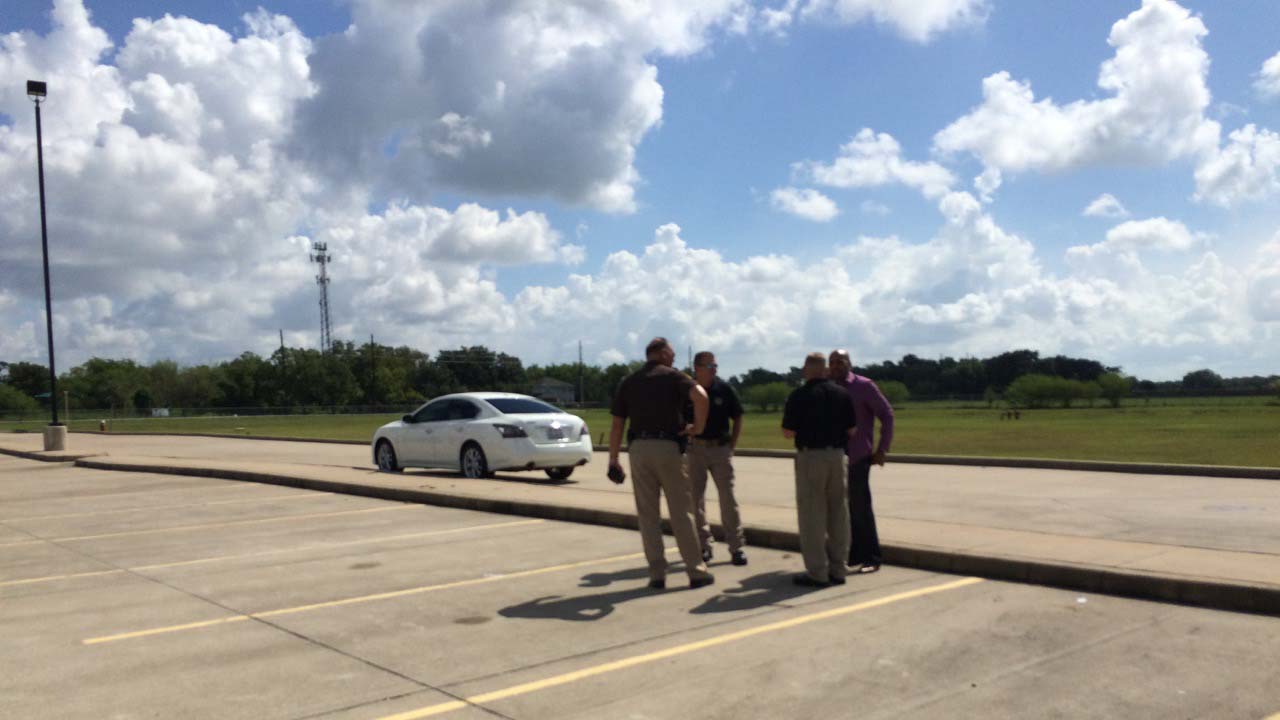 Authorities determined one of the men -- the bagpipes player -- was not involved in the incident and was later released, saying he was "in the wrong place at the wrong time."

The other man, Christian Peiper, 20, of Richmond, was arrested. Several charges are pending, according to Rosenberg police.

Police say Peiper was in possession of a three-caliber Smith and Wesson handgun used in the incident which was later reported stolen to the Fort Bend County Sheriff's Department.

Though the incident happened on a school campus, police say they do not believe at this point Peiper's intended to target the school or students.

There were no injuries.

The school alarm was not tripped during the incident. Authorities say they have recorded surveillance footage of Peiper at the school, but the video is not monitored.

Rosenberg police say they also found shell casings on the roof of the school, as well as damage to a window and an air-conditioning unit from what appears to be gunshots.

Peiper is known to Rosenberg police. Officer said at a press conference that he was brought in on drug abuse charges.

The incident is now under investigation.

Law enforcement and LCISD authorities stressed at the press conference this afternoon that this is believed to be an isolated, "random act" by a "sole perpetrator," and parents should not keep their kids at home for the first day of school tomorrow.

Authorities said there will be an increased police presence for the first day of school in the community with extra officers on patrol.

Lamar CISD officials issued a letter to parents of Velasquez Elementary School students Sunday morning to keep them informed about the incident. The letter assured parents the campus is secure.

Read the full letter to parents:

"Lamar CISD was informed by our police department that two men were found trespassing at Velasquez Elementary this morning (8/23/15).

A weapon was recovered and both men are in custody.

According to authorities, the men did not enter the campus, but they were on the roof and behind the facility.

Lamar CISD is currently working with the Fort Bend County Sheriff's Office and Rosenberg Police to ensure the entire campus is searched.

Authorities say everything appears to be safe and the campus is secure.

Lamar CISD will update you on the situation as soon as details are available."