2 arrested in attempted smash and grab in N. Houston 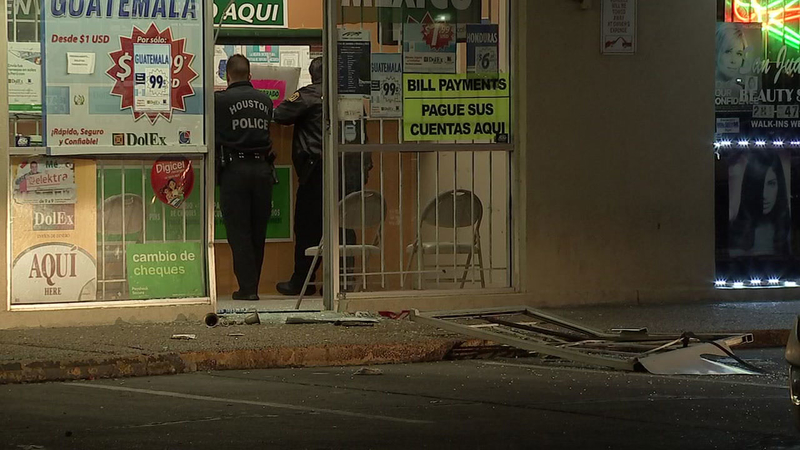 HOUSTON (KTRK) -- Two men have been arrested after police say they were involved in an attempted smash and grab burglary in north Houston.

The burglary attempt happened just before midnight at a check cashing business on Airline Drive at Gillespi Street.

Police say the men backed up a Ford pickup truck to the doors of the business, attached a chain to the doors and pulled them open.

One of the men made their way into the building but quickly reemerged after something scared him off.

Houston police were able to find the truck by helicopter and directed ground patrol units to their location.