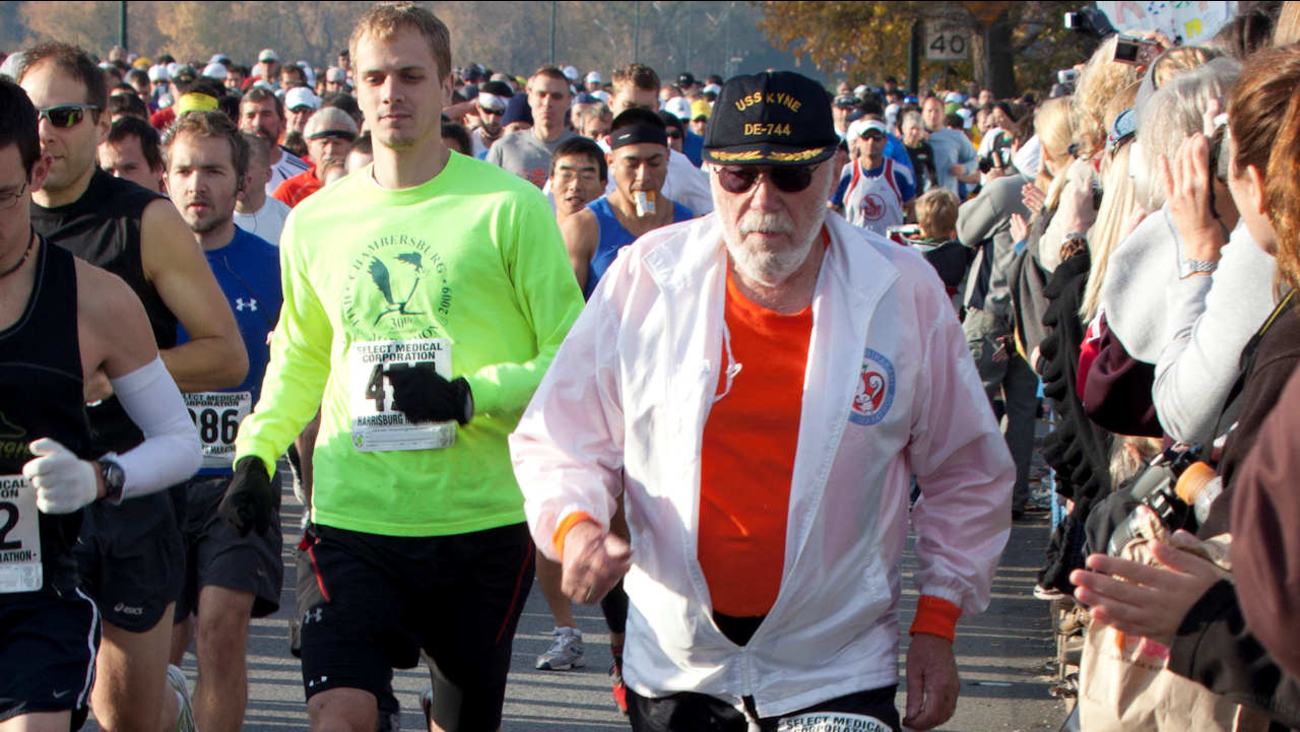 ROCHESTER,NY -- Don McNelly, known worldwide for powering through marathon runs and running up record totals into his 70s and 80s, has died.

A retired paper company executive from upstate New York, McNelly died Sunday at age 96, according to the Richard H. Keenan Funeral Home in the Rochester suburb of Fairport.

McNelly didn't start running marathons until he was nearly 50 after a close friend died of a heart attack. He ran his first marathon in Boston in 1969. Forty years later, he had completed 744 of them, running 26.2-mile races in all 50 states, every Canadian province and on every continent, including Antarctica.

McNelly was 86 in 2006 when he completed his 700th marathon, eventually reaching his goal with marathon No. 744, the same number of his Navy destroyer in the Pacific during World War II. His race total included 117 ultra-marathons, races that are longer than the traditional marathon distance.

"I'm 90 and I feel like I'm 50, 60 tops," he told The Associated Press in November 2010, a week after he had to pull out of a marathon in Pennsylvania after making it about midway through the race. "I'm a lucky, lucky, lucky guy."

Born on a farm in Brookville, Ohio, the first of seven children, McNelly enlisted in the Navy during World War II and served as chief engineering officer aboard the USS Kyne, a destroyer escort officially known as DE-744. In 1954, he and his family moved from Indiana to Rochester.

After taking up marathon running, McNelly befriended Norm Frank, another runner from the Rochester area with a passion for marathons. The two traveled together to races to save on gas and hotel bills. By the time Frank died in 2015 at 83, he had completed 965 marathons.

Dan McNelly said his father was addicted to running and proud of it.

"If he couldn't do marathons he wasn't going to do anything else," the younger McNelly told the Rochester Democrat and Chronicle.