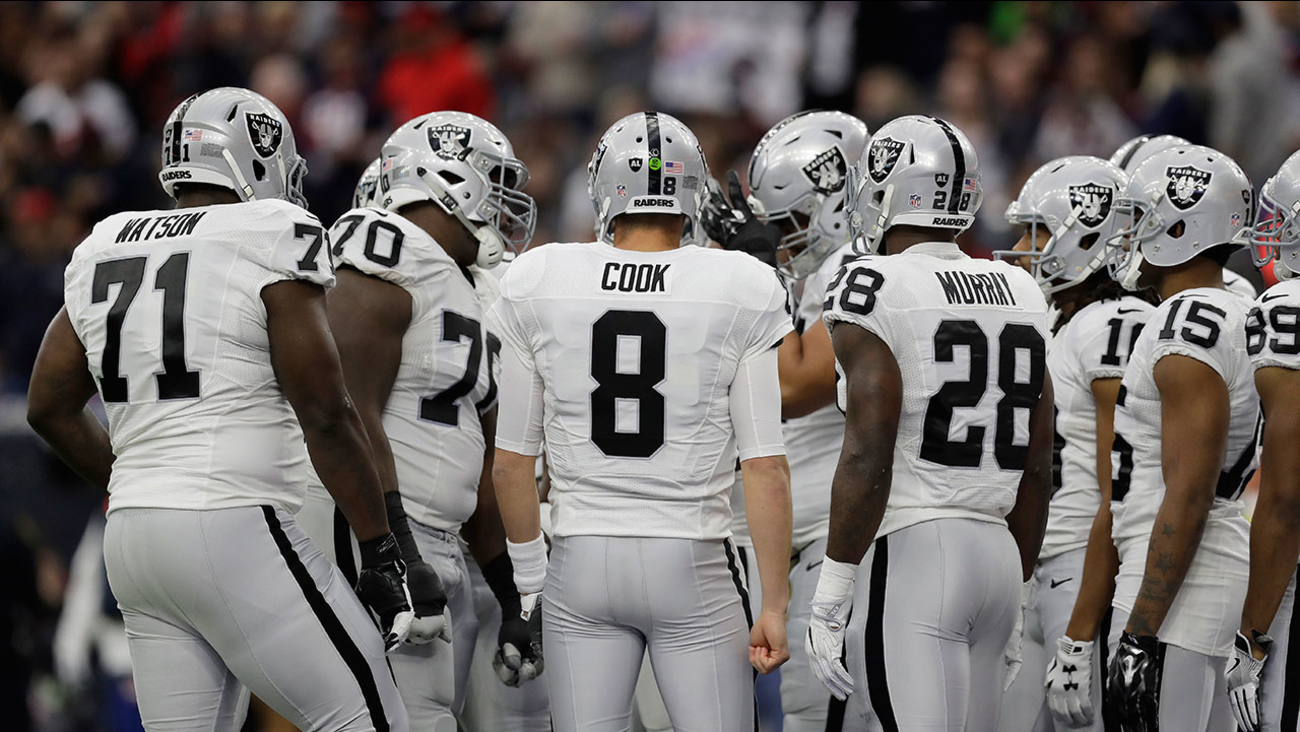 The Oakland Raiders have filed their paperwork to relocate to Las Vegas, the league announced on Thursday.

Any relocation to Las Vegas must be approved by three-fourths of NFL team owners.

The move was expected before the Feb. 15 deadline, sources had told ESPN's Adam Schefter.

"I am happy to see the process moving forward, and greatly appreciate the commitment of the Raiders and work of the Adelson family to the hope of making Las Vegas the home of the Raiders," Clark County (Nevada) Commission chairman Steve Sisolak told The Associated Press.

Raiders' Derek Carr helps locate missing child on Twitter
The Oakland Raiders' Super Bowl hopes may be dashed, but quarterback Derek Carr didn't need the gridiron to be a hero on the field this week.

The Raiders could become the third NFL franchise to move from an established market in the past year. This past week, the Chargers announced they would leave San Diego and move to Los Angeles. This past offseason, the Rams left St. Louis for Los Angeles.

Raiders owner Mark Davis went before the NFL's stadium and finance committees in New York last week during a 3 1/2-hour meeting, updating the league on his plans to relocate to Las Vegas.

The Raiders played in Oakland from 1960-1981 before relocating to Los Angeles. They returned to Oakland for the 1995 season.

Information from The Associated Press contributed to this report